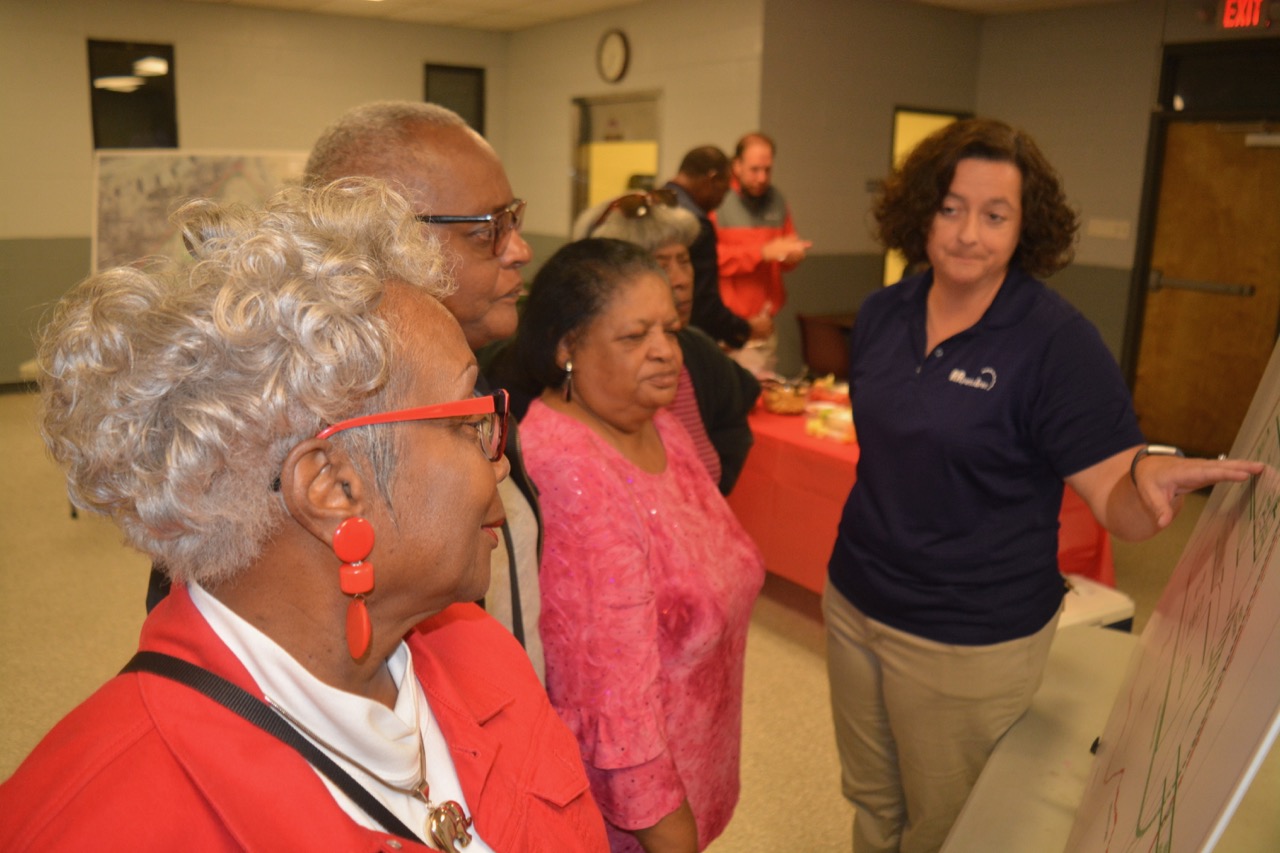 It was the last community meeting before significant changes are made at Chaloner Recreation Center.

Thursday evening also served as a celebration to recognize two major grant awards which will make the transformation reality.

“We wanted to get together one more time and celebrate the grants that made this possible,” parks and recreation Director John Simeon told the audience assembled at the center.

Chaloner will close November 1 and on November 5 crews are expected to demolish the old pool at the center and do site preparation work for the new construction which is anticipated to start the first of the year.

The city was awarded $200,000 from the North Carolina Parks and Recreation Trust Fund Grant which with funds received from the Kate B. Reynolds Charitable Trust and local matching funds mean $400,000 allocated for the improvements.

“We talked to the contractor and they hope to have everything in place by Memorial Day,” Simeon said. “I can’t stress how much we appreciated everyone coming out. Thank you for the conversations we had.”

He was referring to a series of meetings the city had to gather input from the community on what they wanted to see.

Margaret Clark said repairing the pool was what many residents wanted to see, but conceded, “This is the next best thing. The main thing is we want our children to be happy.”

Councilman Carl Ferebee, who represents many people in the community, said, “The feedback now is more favorable to the splash pad. They did want the pool but they understood the costs were out of line.”

While Ferebee had pushed for pool repairs during debates on the matter at city council meetings, he said he wants to see the improvements coming out of the grants to “benefit the kids and we want to see how it works. I hope the splash pad will be a good thing and help keep them active and off the streets.”

As a founder of Made Men Mentoring, Jones will be at the recreation center at 10 a.m. There will be limited free pizza and beverages for attending youth.

At Tuesday’s city council meeting the panel honored the juniors of Girl Scout Troop 3023 for building a community pantry for their Bronze Award project. The pantry is located just past the bridge at the center.