Wednesday shortly before 2 a.m., Officer C. Batchelor was on routine patrol in the 1300 block of Roanoke Avenue when he conducted a traffic stop on a vehicle which had an insurance violation.

Batchelor reportedly detected the strong odor of marijuana coming from the vehicle.

Master Officer J. Horne and Lieutenant D. Jenkins were on the scene to assist with the stop.

As the passenger was reaching for his identification a handgun was seen in the pocket of his hooded jacket.

Officers secured the weapon and discovered a second one in the same pocket. 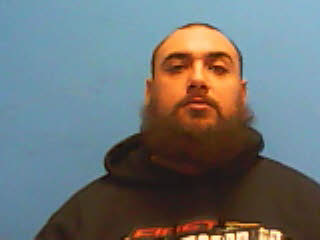 The officers secured the driver, identified as Sari Yousef, 32, of Rocky Mount, and conducted a search of the vehicle.

Yousef was arrested and charged with possession with intent to manufacture/sell/deliver marijuana, maintaining a vehicle for the sale of narcotics, possession of drug paraphernalia, and no liability insurance.

The passenger was not charged at the time of the report.

Wednesday shortly after 11:30 p.m., Batchelor was on patrol in the area of highways 48 and 158 when he noticed a vehicle traveling at a speed higher than the posted limit.

The vehicle was stopped in the 1300 block of Roanoke Avenue.

Batchelor reportedly detected the odor of marijuana coming from the vehicle.

Officer C. Hagbourne arrived to assist with the traffic stop while Batchelor checked the vehicle. During the search of the vehicle a handgun was located between the driver’s seat and the center console. Four grams of marijuana was located in a backpack.

The driver, Kashun Holiday, 23, of the Roanoke Rapids area, was charged on a North Carolina uniform citation for carrying a concealed weapon, simple possession of marijuana, and a city ordinance for speeding.

Holiday was released after receiving the citations and the evidence was seized.

The driver was released after being cited and all evidence was seized.

This morning shortly before 12:30, Horne was traveling on East Tenth Street when he noticed a vehicle he encountered on a stop two days before. 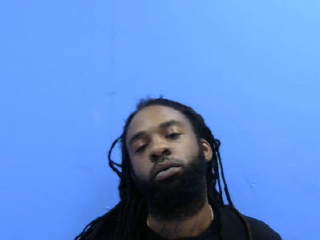 Horne conducted a traffic stop, verified the license plate and went to speak with the driver, Kehaad Hawkins, 28, of Roanoke Rapids.

A small baggie with approximately 2 grams of a white powder was located in the area of the driver’s seat.

The officers also found a digital scale and calibration weight.

Hawkins was arrested and charged with possession of schedule II, possession of drug paraphernalia, driving while license revoked and was served on an order for arrest for larceny by changing the price tag.