Joshua Jermaine Durante will spend 30.5 years in federal prison for robberies he committed in September of 2018. 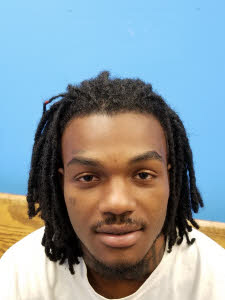 The United States Attorney’s Office for the Eastern District of North Carolina said in a press statement that during the Family Dollar robbery Durante and a juvenile brandished firearms and pistol-whipped the clerk while demanding money. The clerk complied and the two fled the store.

In the Presto robbery in Roanoke Rapids, Durante and the juvenile also entered the store.

After the clerk had trouble opening the safe at Durante’s command, Durante shot the employee in the stomach. The clerk sustained life-threatening injuries but survived.

A few days later, law enforcement in Gaston located Durante and the juvenile who ran from police leading them on a high-speed chase.

During the chase, Durante drove his car down railroad tracks which ultimately disabled his car.  He and the juvenile then fled from the car on foot but were captured by law enforcement after a short foot chase.