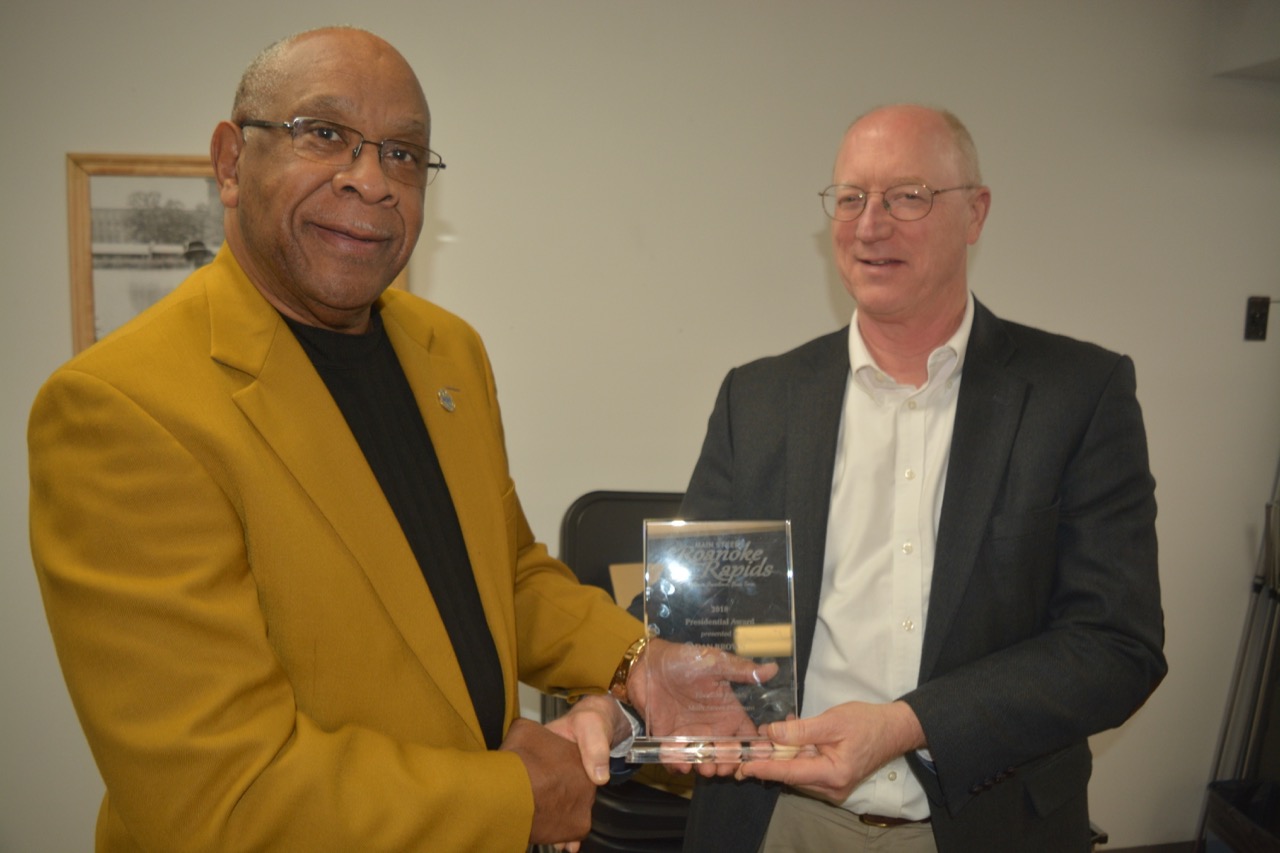 What is needed, Caudle said, are stakeholders willing to invest in the district “to help rebuild a sense of place. The overall health and vibrancy of our center city is a clear indicator of our economic health. We are seeing increases every year but we still need our stakeholders and investors to see the value in their important historic properties. ”

These partnerships are vital to the economic health of the avenue and surrounding district. “We have developed crucial partnerships not only with investors but business owners and volunteers. The partnerships we’ve developed have been really great, they have been critical. That’s been a tremendous asset.”

Those partnerships include the city and the Halifax Convention and Visitors Bureau and county economic development.

Dan Brown, who received the presidential award and was the president two years ago, told the audience, cities like New Bern have been in the program for decades. “It takes a whole lot of time,” he said. “We will be an example.”

In her report Caudle said there have been 26 new businesses to locate; 35 property improvements made; 71 new jobs created and more than $20 million invested.

More than 71 percent of the new business openings are retail. The 26 new businesses opening compare to eight closing, Caudle said.

There were two business expansions during the time the report covers — Spartan Elite 365 and Iron Works Gym 2.

Through 2020, $7.8 million in private and public investment is expected. This includes a business expansion, a new business opening and the upcoming Roanoke Avenue resurfacing project. These is projects are expected to create 22 new jobs and involve 9,000 square-feet of new or rehabilitated space.

Volunteers have helped in cost savings, Caudle said. There were 1,400 volunteer hours logged at events, meetings and other functions, which is valued at $23.41 per hour and represents $32,774 in savings.

There were 16 special events within the Main Street district where a total of 5,800 visited and spent $27,000.

There were a total of 24 facade improvements, eight building rehabilitations, two public improvements and construction of the new credit union.