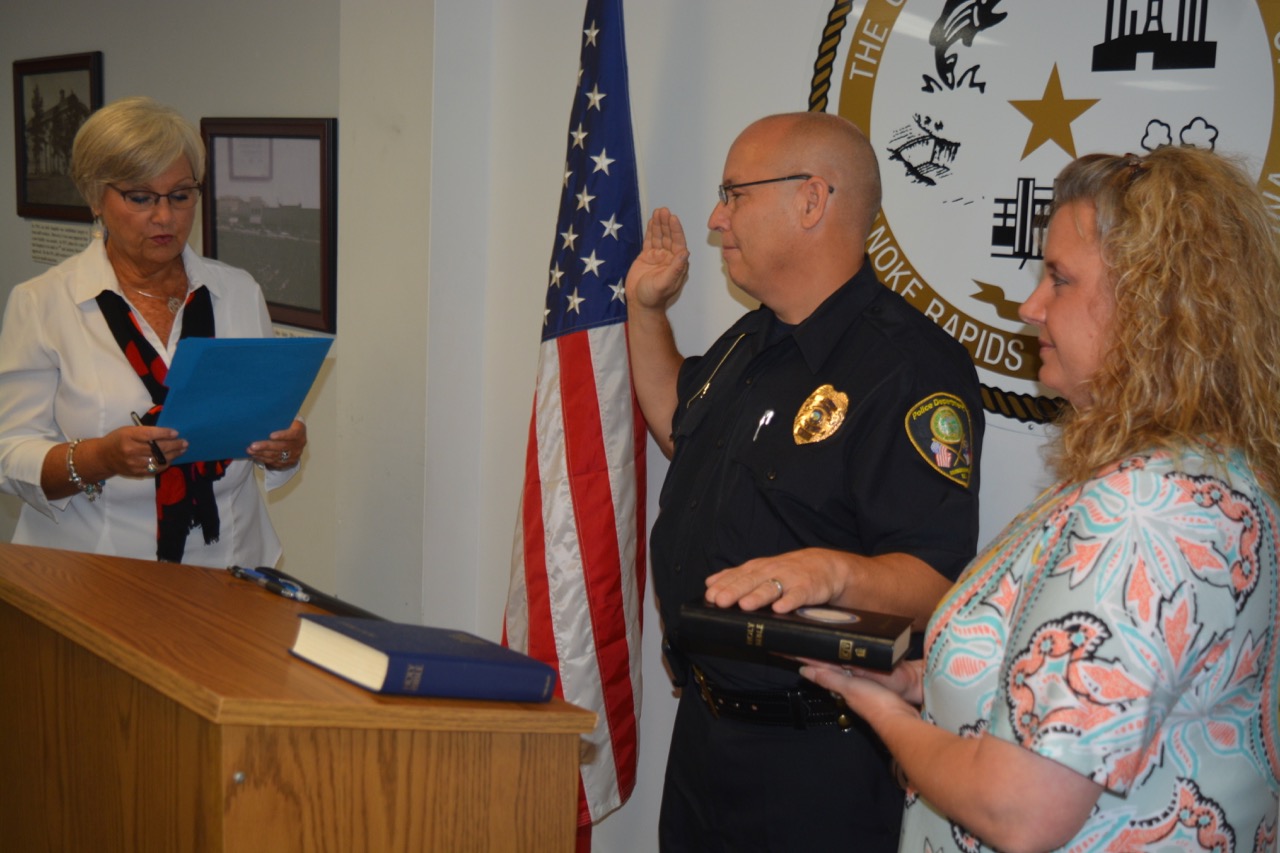 Martin sworn in as RRPD chief

“Any time I’ve needed something he’s always helped me,” Spragins said before swearing Martin in. “He’s always been pleasant and respectful.”

It was Young who persuaded Martin to keep up his law enforcement certification when the two worked at Odom Correctional Institution. “When he found out I was law enforcement he talked me into working part time,” Martin said. “I thank him for saving me. John Young saved me 17 years ago.”

Martin called Gilbert Portela and Jimmy Strickland to the front of the first floor conference room of city hall, recognizing them for the influence they had on him during his baseball-playing days. “They changed my life as a young man,” he said. “They were an inspiration to me.”

Martin said in an interview Wednesday he turned down an invitation to walk on at Chowan to play baseball.

“You are a tremendous choice,” Portela said. “Our community is thrilled to have you as a leader.”

After taking the oath, the new chief, who was appointed by City Manager Joseph Scherer Monday, called several of the current Roanoke Rapids officers to the front. “This is who I’ve been working for,” he said. “I respect each and everyone of you officers here.”