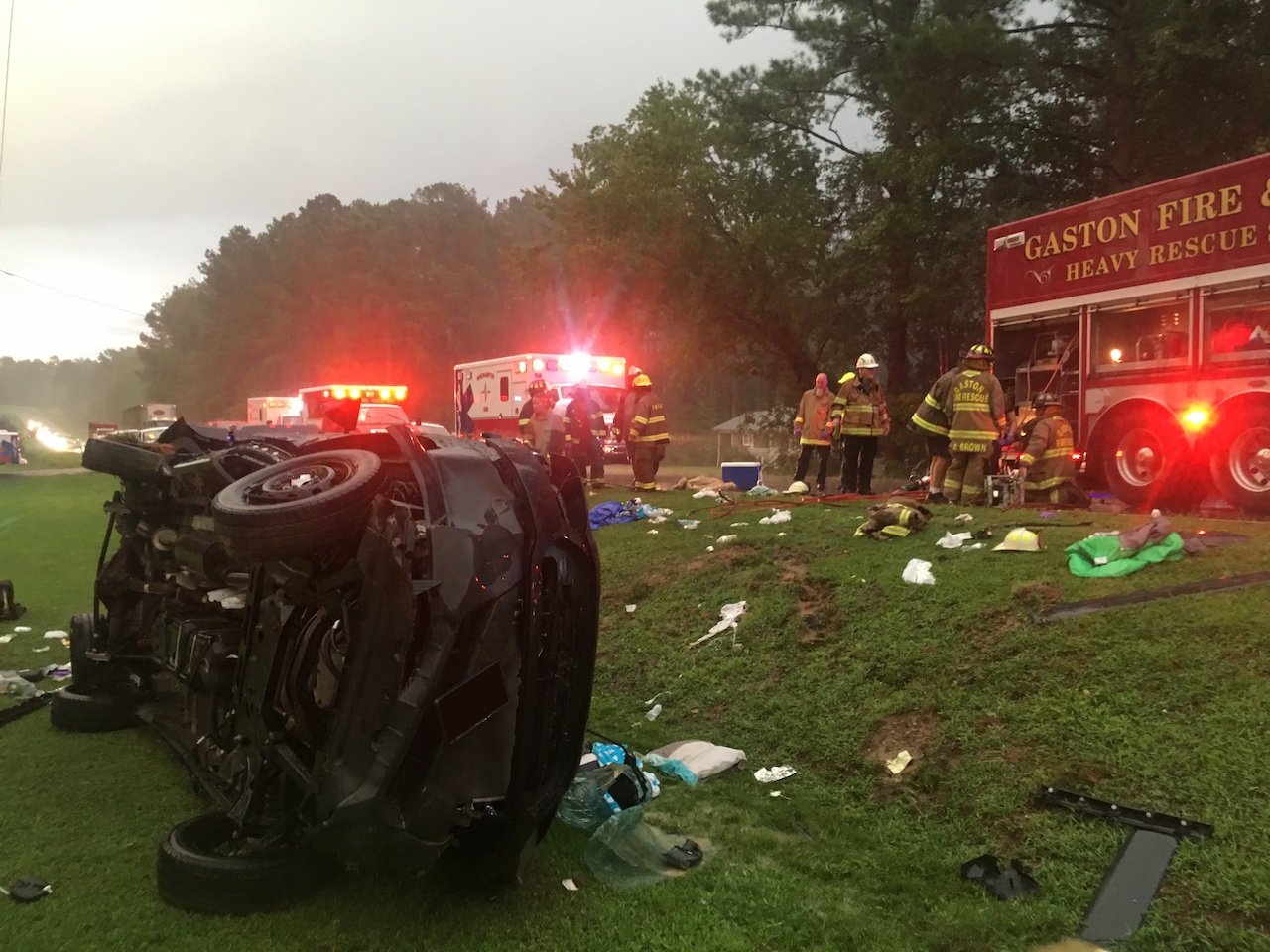 The driver of a van which overturned on River Road in Henrico Thursday has been cited by the North Carolina State Highway Patrol.

He said the van went left of the center line, collided with a ditch and overturned.

In the gallery, photos from Roanoke-Wildwood and Gaston

Wilkins said the fire department received the call shortly after 6:45 p.m. during a thunderstorm and arrived to find “walking wounded,” some injured lying on the ground and one victim trapped inside the vehicle. “We immediately started extrication to get the pinned-in victim.”

The person trapped in the vehicle was in critical condition at the time of the crash and was attended to by Northampton County EMS.

Wilkins said from observation at the scene “we know there were broken bones, bruises and cuts. There was a lot of cuts and scrapes.”

The injured were taken to Halifax Regional and some were then carried to Southern Virginia Regional Medical Center in Emporia.

Gaston Fire, Rescue and EMS Chief Ed Porter said in a statement there were five patients, including the trapped victim, who were in urgent need of medical care.

He said two rows of rear seats were removed using hydraulic rescue cutters and reciprocating saws to get the victim out.

Wilkins was pleased with the teamwork. “I can’t thank the people who responded enough. The teamwork was very good.”

On the department’s Facebook page, Wilkins said, “It was a very chaotic scene and we couldn’t have gotten it done so smoothly without the teamwork that resulted from the extrication to the great medical to traffic control. Bless the hands of those medical professionals at the hospitals that these victims were transported to as well.”

Porter said units remained on scene for more than an hour resulting in the closure of River Road during that time.