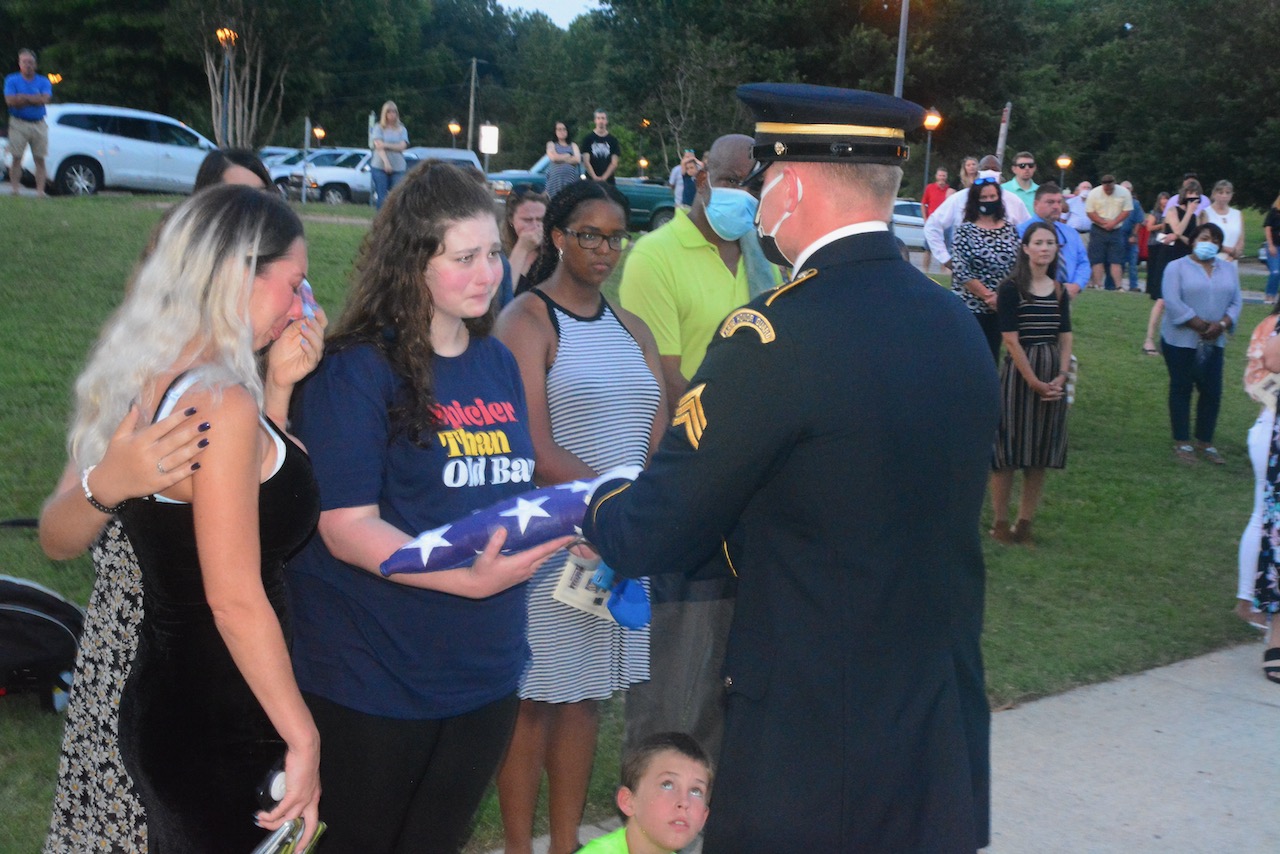 They came to Halifax Monday evening to honor a friend, a brother in law enforcement and a devoted family man.

As the sun began to slowly set at the Halifax County Courthouse Complex, more than 150 people came to pay respects and hear tributes in honor of longtime law enforcement officer Charles Vaught, who died unexpectedly on June 26.

The memorial service ended with North Carolina National Guardsmen honoring Vaught, a verteran, with Taps and the presentation of the United States flag to his daughter Linda.

It began with a welcome from the Halifax County Sheriff’s Office.

“We’re honoring a friend, a fellow officer, a father and a grandfather,” Chief Deputy Scott Hall said. “Charles has blessed many of us in many ways.”

Gaston police Chief Corey Dixon described Vaught as a brother. “I never thought I would be standing before everyone to do this but I want to thank the family for thinking enough of me to do this.”

Dixon said beyond a mutual love of fried chicken and being able to stand down to get information they needed, he learned a lot from his mentor. “He taught me a lot. When I first moved here in 2006 we bonded like brothers. Just the other day it hit me — reality kicked in.”

Dixon said not a day went by where he and Vaught didn’t call each other. If they missed a day one would call the other to see how they were doing. “Rest on, brother.”

Cynthia Forbes, Vaught’s oldest daughter, said, “My dad was the greatest dad anybody could ever ask for.”

Whether running the halls of the sheriff’s office as a child or the few times she had to go to court, her father was there for her.  “My dad was a lot of things but a good honest man is probably the most I will remember him for — his integrity as a police officer. He used to tell me he honestly believed police officers should be held to a higher standard than that of an average civilian because they are sworn to uphold the law more than anybody else.”

Said Forbes: “He lived by that oath to the day he died. He held people accountable for their actions and he told you when you were wrong whether or not you wanted to hear it. A lot of people didn’t like him for that because he was honest.”

Vaught didn’t have a background of affluence, Forbes said, but, “He always tried to make sure his children wanted for nothing. He was there for us. Whenever we called at  2 or 3 in the morning, it didn’t matter, he was there. I would never want for another father my entire life.”

Said Forbes: “The world lost a really good person and I think the police force lost a really great person and he will be missed by probably more than I can comprehend and that makes me happy to see all of you here.”

Daniel Jenkins, a friend and fellow law enforcement officer, said Vaught’s life “exemplified service to his community, his family. I could sit here and speak to you of a man you already know. Each and everyone of you he touched your lives in some way. There’s countless people who’ve been impacted by him in a positive way and he didn’t know a stranger. He ran by his heart. He was a great man. He set a bar that I know I’ll never be able to meet and very few will.”

P.J. Harlin is a friend of Vaught’s daughter Linda. “I think everyone here can agree that Charles was an amazing person, father, husband and friend. The part of Charles I got to experience was not only a friend but also a father figure, someone that whatever I was going through I could go and speak with him about my issues. A lot of times they turned into laughs which is kind of something I think all the Vaughts share.”

One of the last conversations Harlin and Vaught had was a bet on what the gender of Linda’s child would be when born. “Both Charles and I wanted her to have a boy and we were both very happy that she had a boy. We couldn’t wait to toughen him up in the days to come. Charles was a very good man and he will be very missed. I think everyone here loves him and misses him and we’ll always do that.”

Andy Bryant, who is now retired from the police department, knew Vaught as an officer, friend and business associate when they, along with Jenkins and Dixon, formed the former Northeastern Safety Supply.  “Charles was the driving force of that business. Charles put in hours upon hours.”

But, Bryant said, “Charles is also a brother. He helped me through a lot and I did my best to help him through what he had going on.”

The memorial service was held on the day the world read the news of the death of country-rock icon Charlie Daniels. “Charlie Daniels did a song called Simple Man and frankly, Charles Vaught was a simple, hard-working, loving, caring, passionate person about whatever he set his mind to,” Bryant said. “I heard that song today and it made me think of Charles. I miss him. There’s not a day I haven’t thought about him since he died and it’s not a day that I’m not grateful he was my friend and brother.” 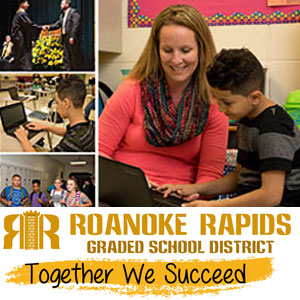