Two people have been served warrants and charged and another is wanted in a drive-by shooting which occurred in the 300 block of Madison Street last week.

That shooting resulted in a victim being shot and taken to a hospital for treatment. The victim is in stable condition and recovering from his wound, Roanoke Rapids police Chief Bobby Martin said in a statement.

There were also people inside a house that was struck the evening of July 7 including a juvenile, according to an arrest warrant on one of the people charged. The occupants inside did not sustain injuries.

Investigator D. Moore established probable cause to obtain warrants on the three for attempted murder, assault with a deadly weapon with intent to kill inflicting serious injury, shooting into an occupied dwelling, and felony conspiracy.

Harrison Jr. and Tejas have been served warrants and received $150,000 bonds and August 4 district court dates in Halifax.

Green, who Martin said frequents the 300 and 400 blocks of Madison and Monroe streets, has not been taken into custody and should be considered armed and dangerous.

In the gallery from left: Tejas, Green, Harrison Jr. and Harrison Sr.

Martin said the three “all hang together and run the streets together and are potentially some of the main reasons for the violence we’re having.”

Asked about the motive, Martin said, “There’s really no good reason this should ever happen other than these individuals are part of a gang, they just want to be … or they have no regard for human life.”

Tejas already faces charges of obstruction and conspiracy in a shooting which occurred outside Walmart in February.

A search warrant filed by Moore says that spent .22-caliber shell casings were found in the vehicle driven by Harrison Jr. A black ski mask was also seized from the vehicle.

Asked whether the shell casings found in the car matched those at the crime scene, Martin said, “We’re going to leave that for court time.”

Charged with resist, delay, and obstruct in the case was Harrison Jr.’s father, Jeffery Harrison Sr., 46.

According to the arrest warrant, Harrison Sr. refused to hand over the keys of a 2007 Infiniti G35 when the search warrant for the vehicle was shown to him.

Martin said in the statement, “The Roanoke Rapids Police Department will continue to work hard to stop the violence happening in our city. “

He also said the police department continues to investigate the May shooting death of Frederick  Lee, which occurred in the 300 block of Monroe Street. “Now is the time to say enough is enough. We have lost too many young adults to violence along with innocent bystanders as well. We must come together to make a stand against those that wish to harm you and your families so if you see something, say something.” 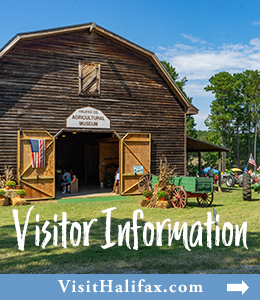