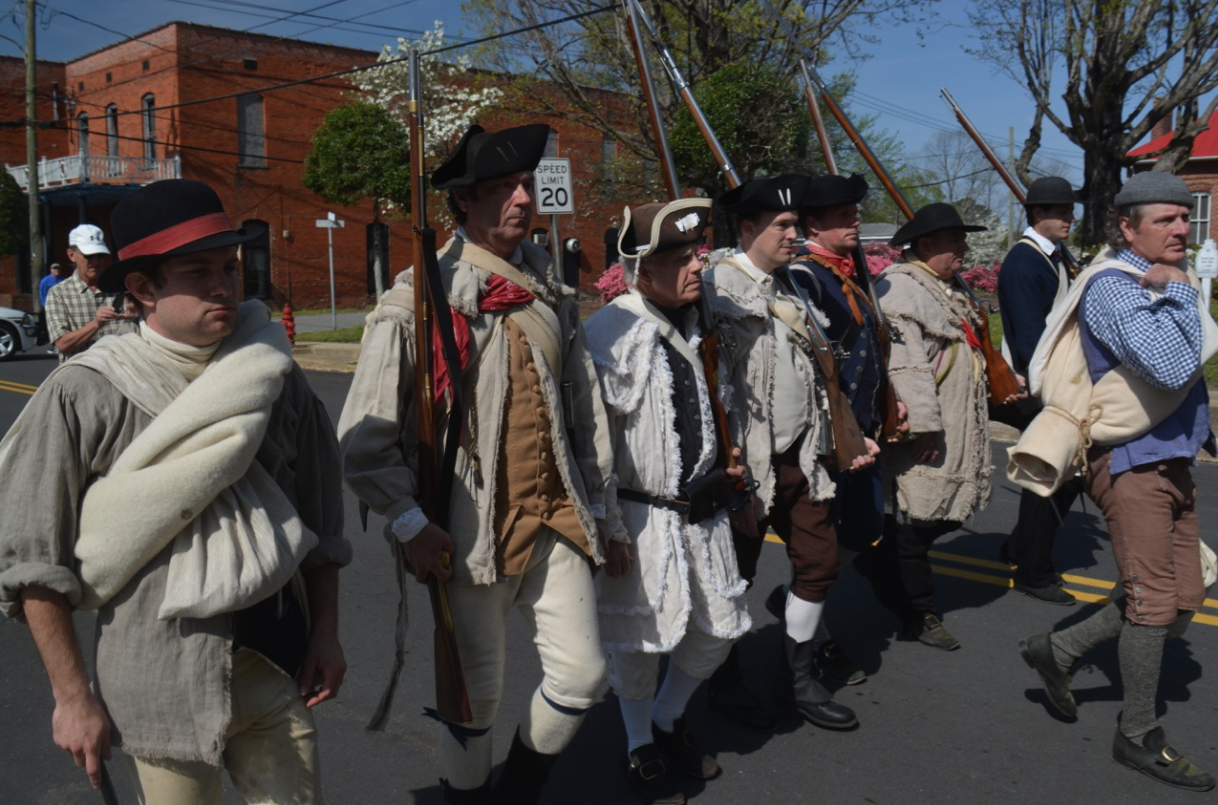 Nearly two years of work have already gone into planning a major celebration with state and possible nationwide implications in Halifax County — the 250th anniversary of the signing of the Halifax Resolves.

The anniversary comes around on April 12, 2026 — 250 years after the first document declaring a split from British rule was signed in what is now the town of Halifax and the seat of the county.

Lori Medlin, president and CEO of the Halifax County Convention and Visitors Bureau, told commissioners Tuesday that her office is working with the state Historic Site in Halifax, Friends of Historic Halifax, the Historical Halifax Restoration Association, the town and the state Department of Cultural Resources.

The aim, Medlin said, is to put together a plan “to invite the nation to our little town of Halifax.”

Michelle Lanier, director of the department of cultural resources, told the board, “I absolutely join Lori in this enthusiasm. I fell in love with the history of Halifax over 15 years ago when I came to understand something that I want the whole world to know, which is that the communities in Halifax County and the Halifax state historic site have a powerful opportunity to tell a story of freedom.”

Lanier said the story of the Resolves and Halifax itself is a story of freedom that is the basis of the country, the Haliwa Saponi tribe which continues to preserve and maintain its culture and the story of “enslaved African-Americans who were brave enough to take themselves out of the experience of bondage and seek liberation either by use of the Roanoke River, or hiding in a nearby swamps, or heading further north and to reunite with loved ones.”

Lanier said John Chavis wrote about freedom in his poetry. Quakers, who were abolitionists, are also part of the story. “We also know we have a rich story of civil rights history when we think about Sarah Keys and Dovey Roundtree and those who stood up for equal rights. All of this creates a story of freedom, a congregate story of striving for humanity.”

Medlin said the statewide celebration will actually begin in 2024 and “the state has planned several events for that opening in the town of Halifax so we’re on a fast track to get ready for this.”

Karen Vaughan, chair of the Friends of Historic Halifax, said, “We are so excited about this commemoration that is coming and the prospects of the attention we’re going to get throughout the state and hopefully the United States.”

One of the focuses is the river, Vaughan said. “The town actually developed within proximity to the river and today so many people come to the site and really don’t know the river’s there.”

One of the priorities is trying to consolidate and improve the Historic Site from where it is all the way to the river. “The state owns pieces of those properties and we’re hoping that the commissioners will help us get the state to acquire the Andrew Jackson school property. We intend on commemorating what Jackson did and who he was as well as many other African-Americans. We’re hoping for either a museum or a sign so his name is certainly not forgotten.”

Completion of the William R. Davie House is another objective. “ … The state is on schedule to renovate the interior and the friends have completed a landscaping plan for the outside including English boxwoods and gardens and privacy hedges and fences.”

The friends organization also wants an event space behind the house to draw people to the town.

Another goal of the friends organization is updating and renovating the visitor’s center. “There are many more exhibits that could be told,” Vaughan said. “We need a new film, new technology. We need additional staff and that is one of our primary focuses since we feel like that can be an important first hand view of what’s going on in Halifax.”

Embracing the Wiley Jones plantation to access the entire Historic Site through trails or greenways is another goal, she said. “The bottom line is we’re going to get ready for the 250th and really consolidate and improve the Historic Site but we also want to keep an eye to the future so we can continue to increase tourism in this important part of the state.”

Medlin said organizers want to create a new kayak river access point in Halifax within walking distance to the town. “We want to construct greenways and signage that lead people to the riverfront through the historic site. We’re going to need a whole new signage package for the town of Halifax and for the Historic Site and for its connection to the river. A lot of people come to Halifax and never understand that Halifax is and was because it was a port on the Roanoke River.”

And, said Medlin, “We don’t want anyone not understanding all the freedom stories that took place there and it’s all connected to the river.”

Halifax Mayor John White said while the town board has not heard all of the plans, “ … We are certainly supportive of what Lori and the friends organization are trying to do. As far as the commercial district is concerned, there is a plan for new wayfinding signage linking the town and the Historic Site to the river.”

The town would like to install new street lights and convert to underground utility lines. “That is something the town has been looking at for several years. We honestly just don’t have the funds to do it right now. We’d like to construct new sidewalks. We have tree roots and frost-freeze cracks pushing up the sidewalks and they do need some work.”

There could be significant monetary help if the state budget passes, said Larry Armstrong, chair of the Historical Halifax Restoration Association. “If this budget passes in the state it will bring about $5 million to Historic Halifax to do some of the things we’re talking about. Those things are not going to happen unless we work together in partnership with the many players that need to be involved.”

Armstrong asked the board to approve and support the Halifax 2026 vision and action plan as well as appoint a 2026 commission as was done in 1976. The board approved the requests.

“We recognize that we cannot be successful in the implementation of this plan unless we have the cooperation of many different entities and many different people,” Armstrong said.

The end result is “to change the way you think about history in Halifax,” he said. “This is just not about old men and old houses and Sunday afternoon receptions. The people who lived here, the events that happened here, the people that came here and made history significantly impacted who we are and how we live today.”

Said Armstrong: “The history here is real and it is relevant to all of us, not just white Anglo Saxon Protestants but the Native American, the African American. A lot of people claim to be historic but Halifax absolutely is. History can be an economic driver for this town and this county. If we work together we will make it a must-visit destination for tens of thousands of people who want to be where history happened.

“This is about using history to strengthen our local economy, provide good jobs for our people and recreational opportunities for families — to have this community and surrounding area be a developing, growing, thriving vibrant place to live and grow just as it was in 1776.”