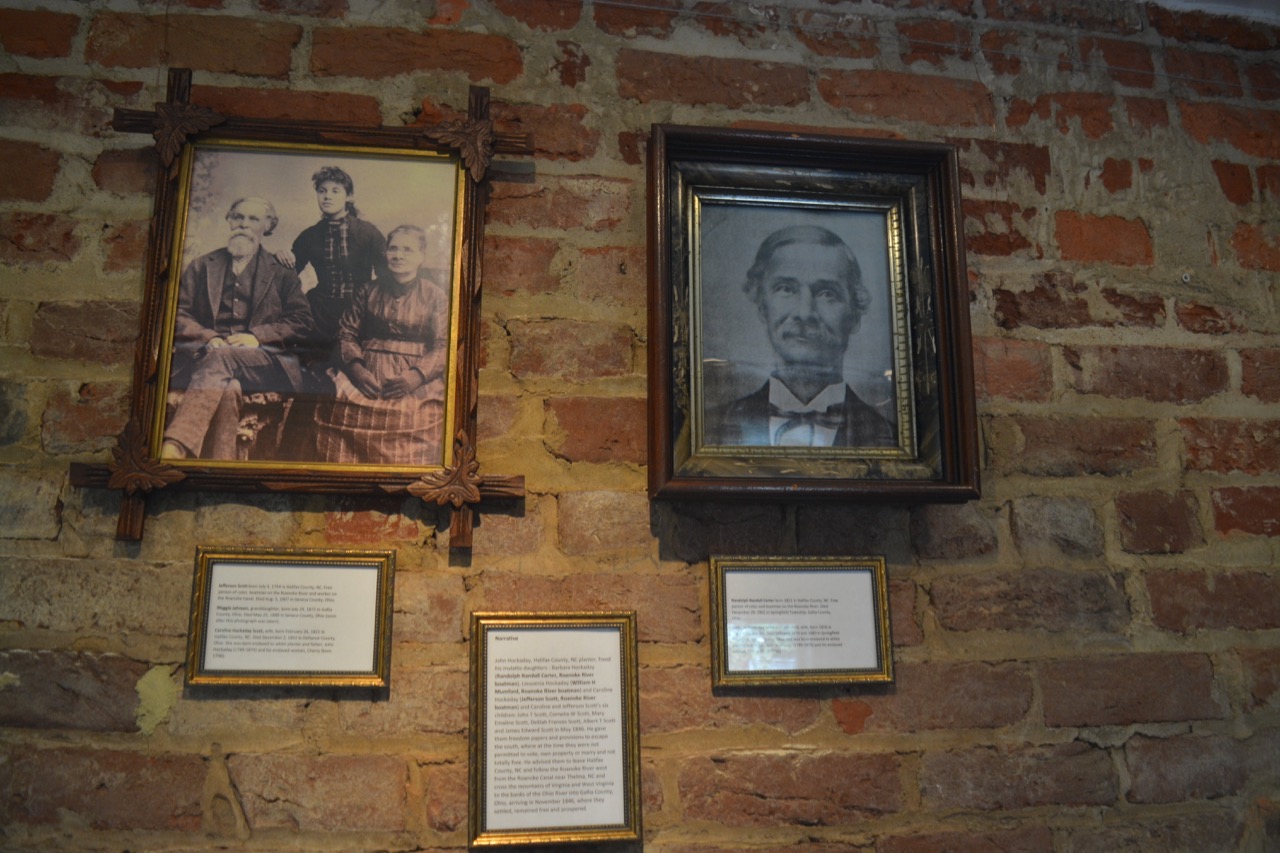 A recent donation now puts names and faces to men who navigated the Roanoke Canal with goods and merchandise.

The donation of the photographs of Jefferson Scott and Randolph Carter came from Charles Hockaday and his partner Steven Green.

Green did the research to show Scott and Carter were boatmen along the canal, said Ryan Newsome, cultural resources leader of the Roanoke Canal Museum, in a recent interview. “To my knowledge these are the only photos of boatmen we have.”

In early June the canal museum advisory committee voted to accept the photos.

A formal presentation was made during the Hockaday Family Reunion which was also in June. This was the second combined reunion of the Hockaday family of Halifax County, Green said.

“We had 40 family members come to the museum,” Newsome said. “Two of the people attending were direct descendants of the people in the photographs.”

On hand for the presentation were Roanoke Rapids city Councilwoman Suetta Scarbrough and Halifax County Board of Commissioners Chair Vernon Bryant.

Earl Ijames, curator of African-American studies at the North Carolina Museum of History assisted Green with the curation of the exhibit. “I was so very excited to see the finished product after working with Newsome and the city of Roanoke Rapids for nine months,” Green said. “We appreciate the museum accepting our permanent exhibit so others can learn about our family history.”

Green sent the museum more than 50 pages of documentation, which showed Scott and Carter were freedmen.

Throughout the existence of the museum, boatmen have been represented through drawings without facial details. The photographs, Newsome said, “Make them more than a cartoon picture. It gives them reality. It’s really neat when you look at them and try to imagine what they saw. It’s just unreal.”

It’s still unknown what the men endured as they traversed the canal, Newsome said. “It’s mostly speculation on what they had been through. We know there was heavy lifting, paddling the boats and dealing with wild animals.”

A poem written by Edith Dove Bryant for the Scott, Carter and Mumford family reunion in September of 1911 names a third boatman who worked the canal — William H. Mumford Sr., although no photo of him has surfaced.

(The entire poem may be viewed by following this link)

The poem, titled A Memorial, tells the story of the three men and is an oral history, passed on from the author’s grandmother to her. “It is not an Indian legend that we read about in books. It is not of fairy capers in some pretty shady nook, but the real true family history, things that never more will be that have been told many times by my Grandma Long to me.”

The boatmen married three daughters who were fathered by John Hockaday from his relationship with a slave named Cherry, Green said.

The daughters were named Barbara, Caroline and Luvinia, the poem said, and they worked “hard both night and day in the corn and cotton owned by old John Hockaday.”

Green has spent nine years researching the Hockaday family history. He is continuing his research to determine whether Hockaday may have had a role in the Underground Railroad to aid others in their pursuit of freedom.

It’s not yet clear whether the three worked for the Roanoke Navigation Company. “We know the three boatmen sold goods up and down the river,” Green said.

The poem notes, “Up and down the Roanoke River, plying oars with might and main, peddling produce on the river, tobacco, cotton, meat and grain from the farm of Father Hockaday to people far and near. Here we find three loving comrades, Jeff Scott, Mumford and Carter.”

Hockaday never married, Green said. “John fell in love with an African-American woman. They called him in endearing terms in different ways.”

The poem describes Hockaday as “generous, good and kind,” who, as his life was coming to a close, called for the three men, telling them to take their wives and children to Ohio. “If I leave you on the plantation, then they’ll be owned by my kin and as I can figure plainly, very bad hands you’ll be in.”

Green sees the photos as significant to the area’s history. “I think it’s very important. Just to have this knowledge. When I heard the story I could envision it in my mind. So many families don’t have the documents we have. It means a lot to know their ancestors were a part of history. For me, it’s an important part of history. It’s unique.”

For Newsome, the donation of the photos is important as well. “I think it makes it seem more realistic. To provide real life pictures makes it more realistic for the children to see.”