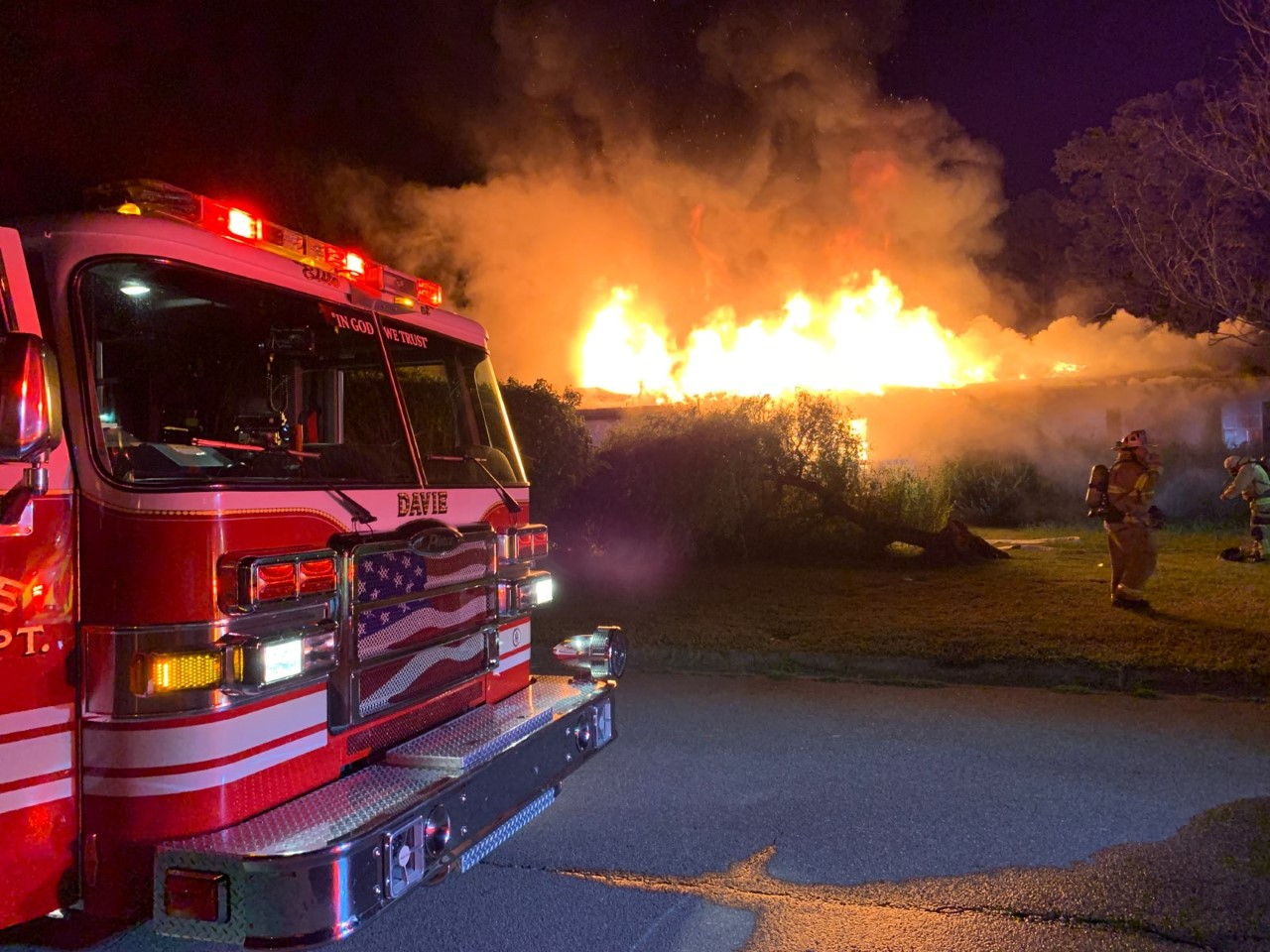 A woman was rescued from a burning house on Wendover Lane this morning during a fire which destroyed the dwelling and its contents.

Instead, the fire chief said, the woman was taken to Halifax Regional for treatment of smoke inhalation and did not sustain any burns.

“I’m very proud to have Jake as a deputy,” Sheriff Wes Tripp said this afternoon. “This is an example of going above and beyond the call of duty.”

Tripp said shortly after 1:15 a.m. patrol deputies received a call of a house fire in the area of West Tenth Street.

The caller was two streets over and could only advise they saw a fiery blaze through the trees behind their house without giving an exact street or address.

Pignanello responded to the area and located the residence which was engulfed.

He arrived on scene prior to fire units shortly before 1:30 a.m.

The corporal spoke with two occupants who had already escaped the residence and learned there was another woman inside. “Pignanello quickly determined what window led to the bedroom where the woman was and could see her choking on smoke through the window of the residence, struggling to exit the window,” Tripp said.

There was a large bush blocking the area of the window, which made it difficult for the corporal to reach it. He acquired a bicycle tire pump lying in the yard and used it to throw and break out the window.

The woman dove out of the window and into the bush. She received medical treatment on scene before transport.

The woman, Tripp said, spoke with the sheriff’s office before going to the hospital and told them “right before she escaped the residence, she was about to pass out from smoke inhalation.”

Padgett said when firefighters arrived the house was engulfed. He said the cause of the fire is undetermined and the fire department called the county fire marshall to investigate.

Firefighters stayed on scene for approximately four hours. They had the fire under control in about 30 minutes but had to contend with hotspots.

Roanoke Rapids and Rheasville assisted Davie firefighters by protecting houses close to the one which was ablaze.

Fire had not reached the room where the woman was, Padgett said. “The room was full of smoke.”

Padgett declined immediate comment on where in the house the fire might have started pending the fire marshall’s investigation.

He said structure and content loss is estimated at $190,000. The American Red Cross was notified to assist the victims.