Friday at approximately 2:15 p.m., members of the PACE Team were in the area of Fourth Avenue and Premier Boulevard when they recognized a vehicle belonging to a person known to be an unlicensed driver.

When the officers turned around to stop the vehicle the driver turned into a parking lot at a high rate of speed.

The driver stopped in front of Belk.

The driver and passenger attempted to get out but officers ordered them to remain inside.

Bradley was taken into custody after being recognized as having outstanding warrants.

Officers detected the odor of marijuana coming from the vehicle as they spoke with Harris and Bradley. 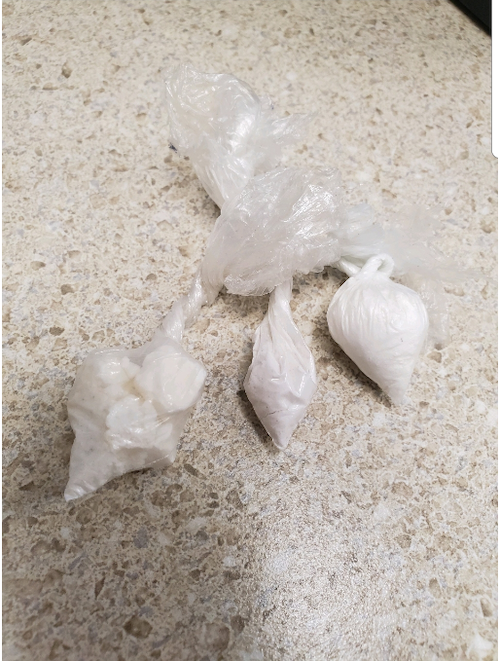 Officers located several baggies thrown from the vehicle. The bags were scattered along the path of the vehicle and one landed in front of a restaurant door.

Officers quickly retrieved the powdery substance, which appeared to be fentanyl, out of concern for potential contact by the public.

Bradley was placed under a $30,000 cash bond with the same court date as Harris.

Sunday shortly after 11 a.m., Officer J. Wind responded to a call about a vehicle collision on the parking lot of the Julian R. Allsbrook Highway Food Lion.

Wind was directed inside the store because the person who hit the other vehicle went inside to shop.

During the encounter a strong odor of alcohol was detected and the officers noticed the person was unsteady on her feet while walking outside the store.

The person, identified as Kimberly Brock, 60, of Roanoke Rapids, had her grandchild with her.

Brock was taken into custody after further investigation and carried before a magistrate where she was charged with DWI and child neglect.

She was released into the care of a responsible person and given a court date of September 9.

Sunday shortly after 6 p.m., Cross was in the area of Fourth and Williams streets when he noticed a driver exceeding the posted speed limit.

The officer noticed the driver moving around in the vehicle as if he may be hiding something in the car.

Cross re-approached the vehicle due to the suspicious activity and asked the driver to step out.

Officer J. Horne arrived to assist with the stop while Cross checked the vehicle.

A bag containing two separate bags of marijuana was found under the driver’s seat.

The driver was identified as Al Thomas, 27, from the Roanoke Rapids area.

He was placed under arrest and carried before a magistrate.

Thomas was charged with possession of schedule VI, possession of marijuana paraphernalia, and cited for driving while license revoked.