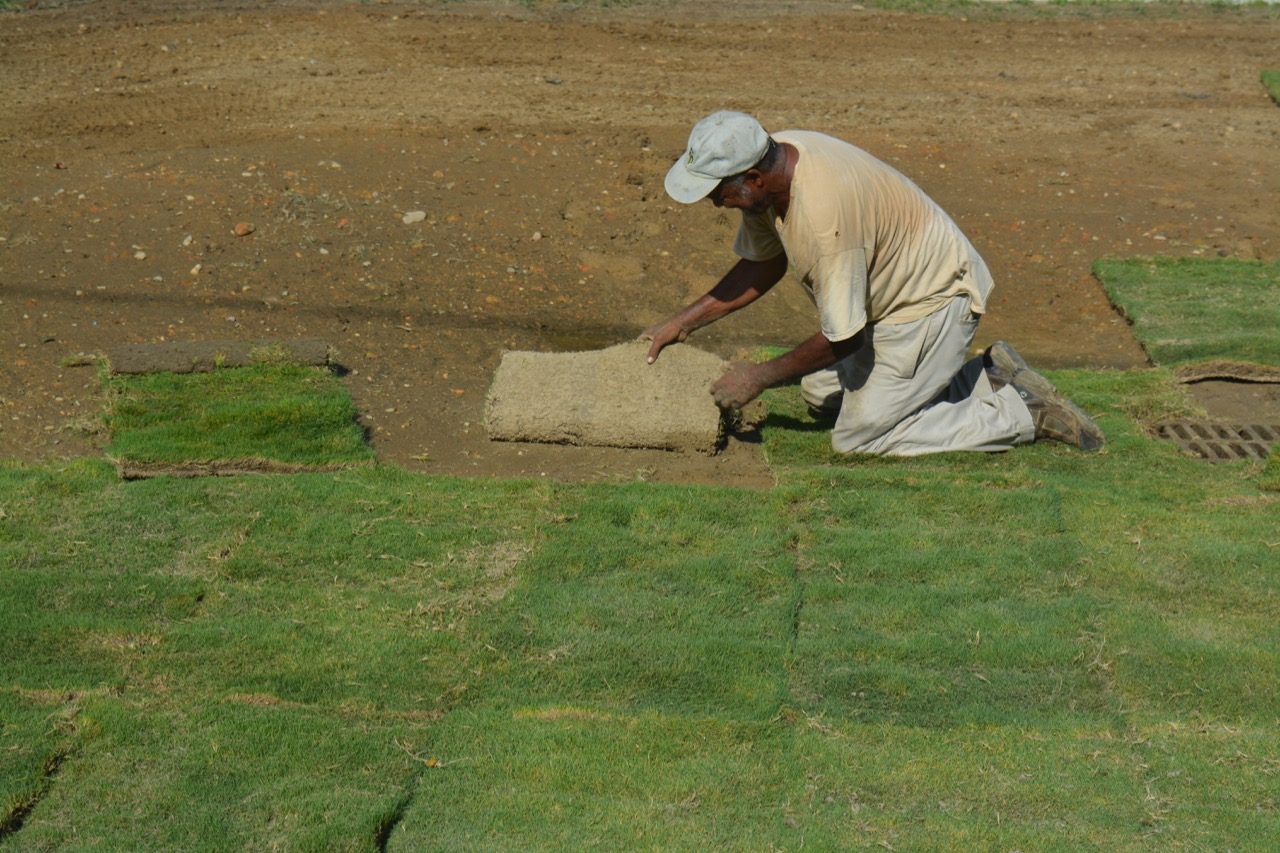 Saturday celebrates the culmination of work which began to bring improvements to Chaloner Recreation Center.

The city, along with First Baptist Church, will mark the occasion with a ribbon-cutting at 9 a.m. and then a back to school bash sponsored by the church from 10 a.m. to 3 p.m.

Several community meetings were held on the proposed project which Simeon said were very well attended. The city gained “valuable input into what they would like to see with the elements to the splash pad and playground equipment, coupled with the walking and fitness trail and multipurpose court.”

With the input he said, “I feel we have created an exceptional park and facility for our community.”

Assistant Parks and Recreation Director Kelly Manning said all the elements are about complete. “We’re waiting for the concrete to finish curing before we put the lines down for the multipurpose court.”

When the lines are completed border fencing will go around the court, Simeon said.

Manning said getting to the point of Saturday’s celebration and back to school bash, which will include food and a giveaway of school supplies, took planning. “We had to have a comprehensive plan to get grant funding. We were able to get the comprehensive plan and obtain multiple grants to make this happen.”

The planning led to what is officially known as the Highway 158 Master Plan which not only addressed Chaloner but will also address King and Wheeler parks. The master plan was completed in December of 2017.

With a contribution from the city, the recreation department received grant funding from the North Carolina Parks and Recreation Trust Fund and Kate B. Reynolds. “That’s how we were able to make this happen,” Manning said.

Simeon said the planning and development department has applied for a Community Development Block Grant which, among other things, could include funding for a new bath house and changing facility at Chaloner and sidewalks which would allow access and improved walkability along Dixie Street and Virginia Avenue.

The partnership Saturday between the city and church is appreciated, Simeon said. “First Baptist Church is a cornerstone of the community. We have always had a very positive and productive relationship. We’re looking forward to assisting them in any capacity with the back to school bash.”

And, Manning said, “Future projects and partnerships and programs.”