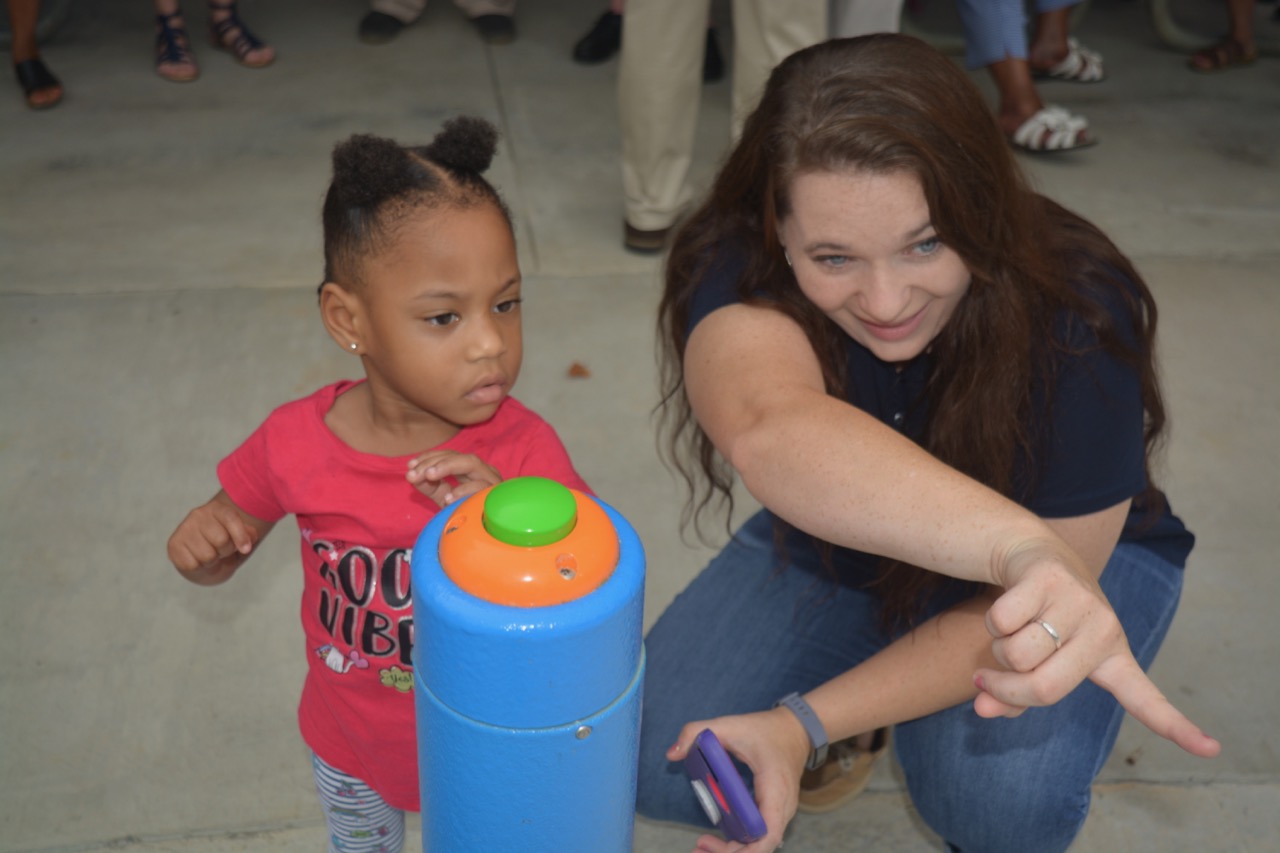 With a snip of the scissors, the ribbon was cut away to usher in a new era at Chaloner Recreation Center.

“Thank you to those who labored so hard,” Halifax County Board of Commissioners Chairman Vernon Bryant said in his opening prayer for the ceremony this morning — a ceremony which commemorated the improvements made at the park.

“I’m glad to be able to come,” Mayor Emery Doughtie said. “I’d like to thank Kate B. Reynolds for their most generous contribution, Mr. (parks and recreation director John) Simeon and his work with the Parks and Recreation Trust Fund and the city for stepping up.”

Doughtie said there was much work and plenty of ideas discussed to get the project done — a new splash pad, multipurpose courts, a paved walking trail, playground and fitness equipment and a new picnic shelter.

Councilman Carl Ferebee, who helped lead the charge for the improvements, said, “This morning I am so excited. We’re here to celebrate the reopening of this facility. This place has a lot of history. These transitions are for our young folks today. It was the number one place for reunions and baby showers. We could not do it without the help from Kate B. Reynolds, the Parks and Recreation Trust Fund, the city of Roanoke Rapids. They came through.”

Ferebee said when all groups work together, “This is what happens. First Baptist Church opened the doors to our community. I thank everyone who had a part in making this happen. Thank you for making this a reality.”

Phyllis Burgess, a longtime member of the community, thanked the city and everyone who took part in making the improvements a reality. “This is a new century. I want other children to experience what I experienced here.”

Burgess also honored the memory of W.W. Harding, Arlene Rivers and Willier Sledge for their work at the center. “They dedicated and gave everything to the children.”

Simeon said one of the additions the community has asked for is a swingset for the children and the department will begin work to make that happen. “We can’t thank the community enough for their input.”