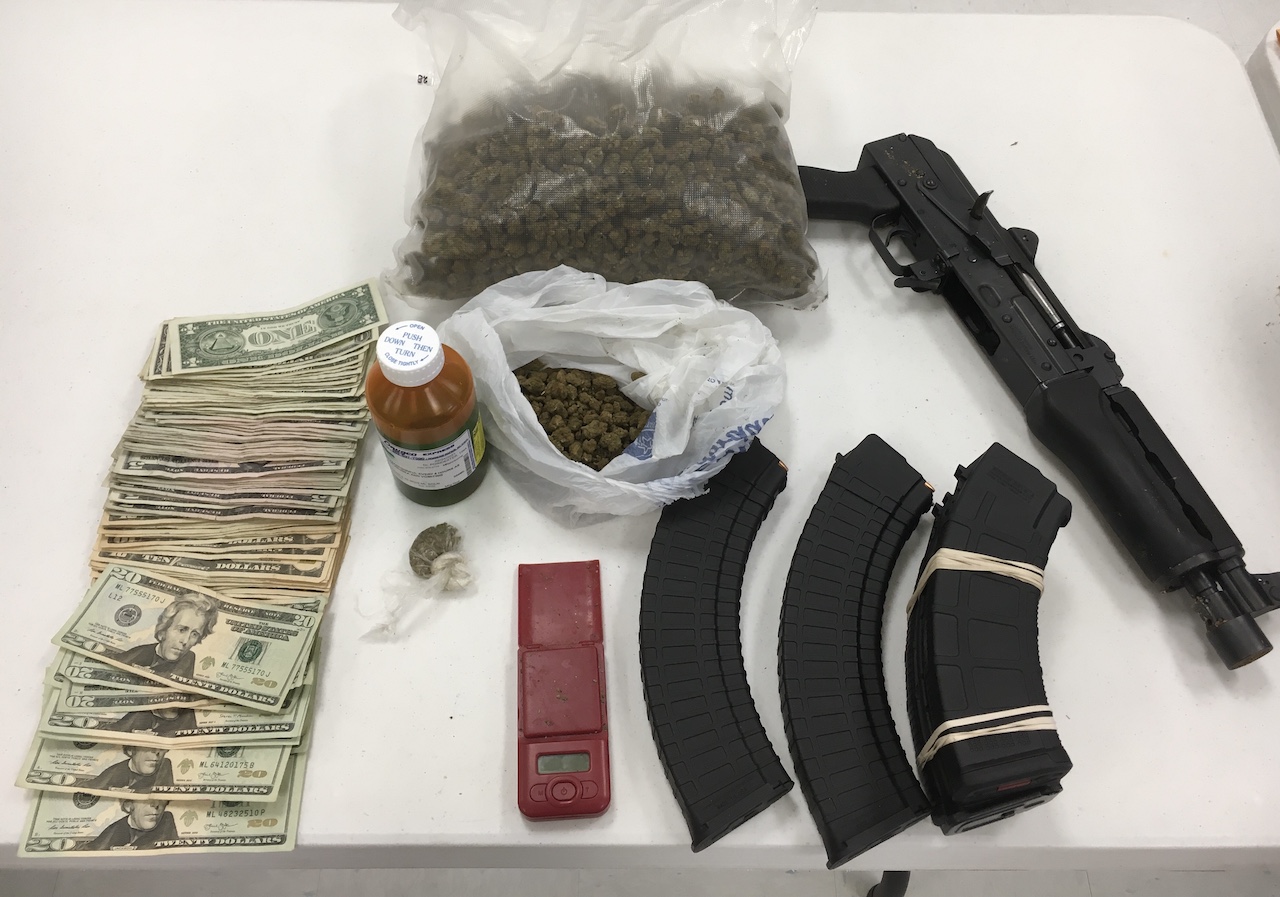 A Garysburg man this morning was charged on narcotics, a sex offense and other counts following the execution of a search warrant.

Lieutenant C.A. Parker of the Northampton County Sheriff’s Office said the search warrant was executed shortly after 7 a.m. by members of the Down East Drug Task Force, Garysburg Police Department and assistance from the North Carolina State Bureau of Investigation.

The arrest of 35-year-old Dameon Rocky Turner in the 200 block of Truman Street was based on a joint investigation between the sheriff’s office and SBI.

Agents located and seized 490 grams of marijuana, Promethazine with codeine, a Draco style AK-47, and a digital scale.

Agents determined that Turner had reportedly engaged in sexual activity with a person who was at the time of the offense 15 years of age or younger.

He was also served three orders for arrest — two for driving while license revoked and one for keeping a dangerous dog unrestrained beyond his property.

He received a March 4 court date.

Parker will follow up with the Bureau of Alcohol Tobacco Firearms and Explosives and the United States Attorney’s Office on the case.

“The Northampton County Sheriff’s Office will continue to pursue individuals who violate drug and gun offenses,” Sheriff Jack Smith said. “I would like to commend and thank members of the tri-county Down East Drug Task Force, the North Carolina State Bureau of Investigation, Sergeant R. Horton, and Lieutenant Parker for their effort in this investigation.”

Said Smith: “We at the Northampton County Sheriff’s Office are committed to removing all illegal drugs from our communities and we will continue to make a difference to make our citizens and neighborhoods safer in hopes that it will not get to our children.”

Citizens are encouraged to report possible drug activity by calling the narcotics division at 252-534-2611 extension 175 or Northampton County Sheriff’s Office Crime Stoppers at 252-534-1110.