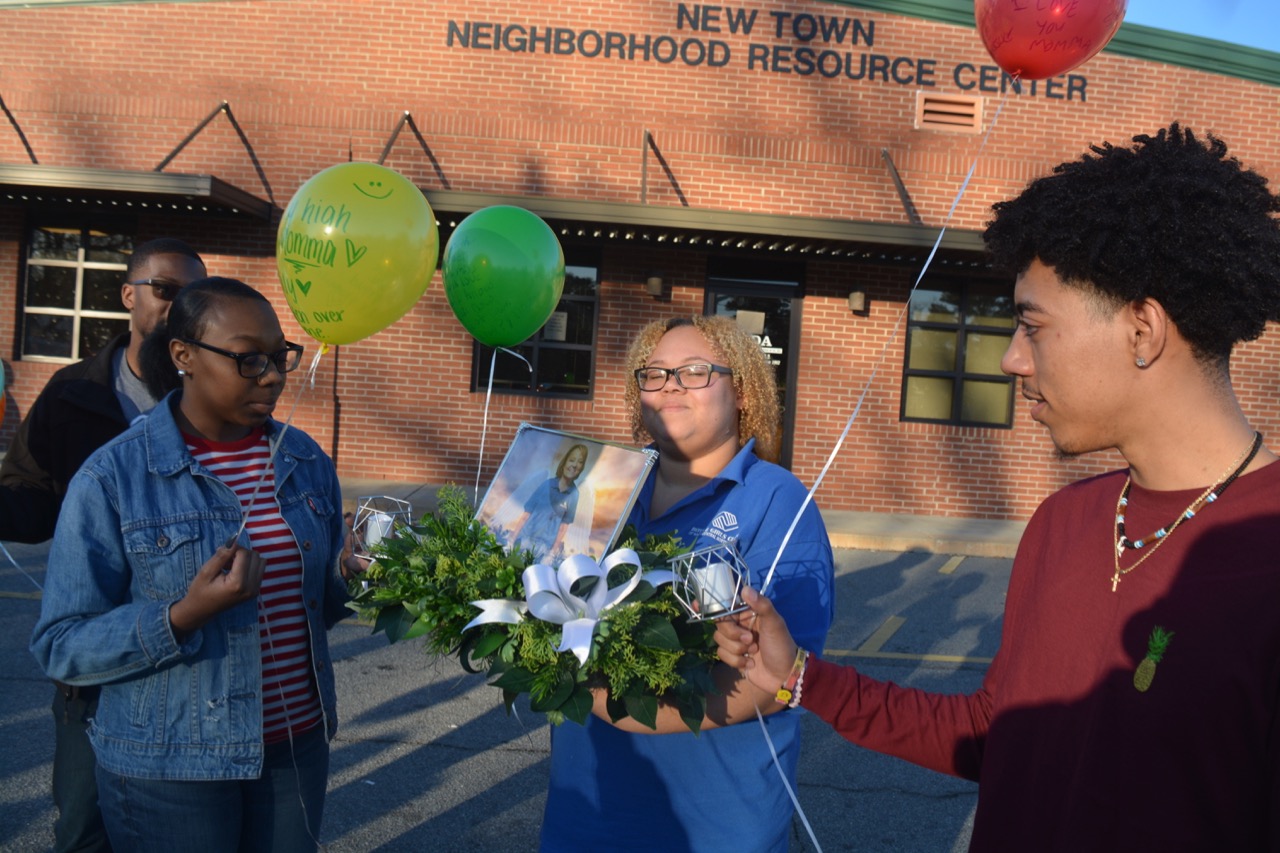 Scribed on them were words of love. There were messages saying how they badly missed the person who for many was like a second mother to them. Some simply wrote they wished Kim Taresco could come back.

It was a way for the children who visit the Boys and Girls Club of Halifax County on Jackson Street daily to remember its executive director who died December 27 after a longtime battle with diabetes.

“It’s a tribute to Miss Kim for all the service she put in,” said Shereal Harvey, a former employee and one of Taresco’s friends. “She loved the kids. We want this to give them a little closure.”

The event honoring Taresco was made complete with a couple of her favorite treats, said Alyson Cooke, also a former employee and a friend of Taresco — walking tacos, a snack in which taco ingredients are placed in a bag of crunched Doritos and eaten straight from the bag and ice cream sundae bars.

What the children wrote on the balloons was recorded so they could be placed in a memory jar at the club.

Cooke worked at the club for three years and continues to volunteer. “She was just a kind soul. She was just like a mother to so many who didn’t have good homes. She was a safekeeper. She was the best.”

Derricke Allen, Taresco’s son, said the memorial event “was a very special and touching moment. She gave me a better life when she took me out of not the best situation. She raised me to do right. She just changed my life forever.”

Taresco came into Derricke’s life when he was 4 and his sister, Shannon, was 2.

Derricke is now a senior at the University of North Carolina at Greensboro and his goal afterward is simple. “I just want to do right by her. I just want to make her proud.”

Derricke said his mother’s death was hard on many people, including the children who come to the club. “She was a second mother to a lot of them.”

For Nancy Landen, Taresco’s mother, the memorial service was a touching moment. “It just touched my heart they still love her.”

Chad Jacobs has been named the area director of the club, which includes the one on Jackson Street and ones established at William R. Davie and Inborden schools. “What it means to me is to continue what Miss Kim started. Her goal still lives on.”

Jacobs worked alongside Taresco for a year.

His goal for now is keep the clubs going strong. “I want to continue what she had been doing and help the club grow bigger.”