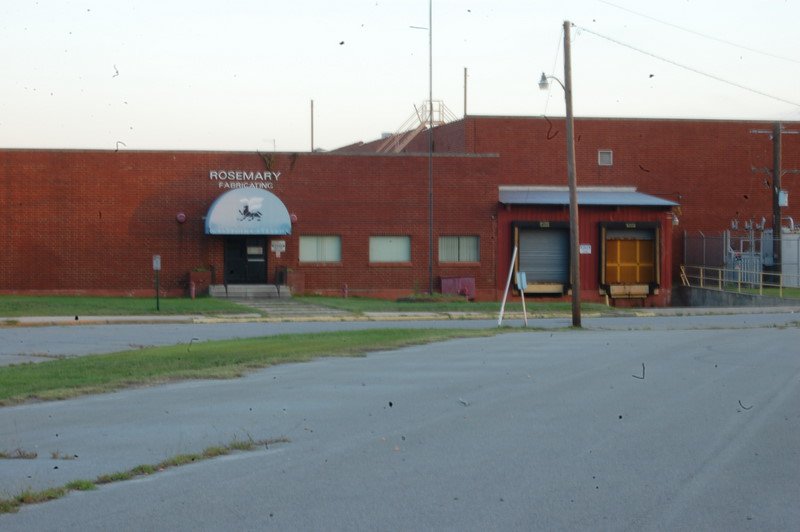 As early as 2016, interest was expressed in the former WestPoint Stevens Rosemary textile mill for manufacturing purposes, according to documents filed with the North Carolina Department of Environmental Quality.

While no documents were immediately located in DEQ files that speak to a proposal made to county commissioners about a potential buyer for the facility off Henry Street in Roanoke Rapids, files do show the plant has been on the radar of economic development officials for some time.

On Monday Halifax County Economic Development Director Cathy Scott told the board a private company has shown interest in the site and she planned to discuss the matter further in closed session.

She declined to release the name of the company or the nature of its business.

Scott’s public report to commissioners noted the ready for reuse designation of the building is near completion and due diligence is underway for the sale of the building.

Documents show there has been interest in the facility which from approximately 1900 to 2003 was used as a thriving textile mill.

In the 2016 Brownfields property application, Halifax County Business Horizons said, “Although the proposed redevelopment of the subject site is for industrial use, potential buyers have been leery of the site due to the perception that it is a contaminated site.”

At the time of the application a comprehensive assessment had not been done. “Due to its long history of industrial use, groundwater impacts … are probable,” and “it is unlikely that any remedial efforts would result in a reduction in contaminant concentrations … within a reasonable timeframe. It is likely that potential tenants at the subject site will need assurance that the property is safe to occupy … A Brownfield agreement provides a mechanism to implement a risk-based cleanup approach at the subject site which should placate potential tenant concerns.”

In July of last year, Mid Atlantic Engineering & Environmental Solutions noted in a report that based on data collected to date, “It does not appear that contaminants present at the site pose an unacceptable risk for a non-residential redevelopment/use. Additional assessment, remedial action, and/or engineering/institutional controls may be necessary to facilitate a more sensitive — residential — use.”

At the time of the application, the plan focused on getting what has been in recent years called the Sonrise Industrial Center ready for reuse as a manufacturing operation. “Given the industrial quality infrastructure at the site — water, sewer, natural gas, rail and telecommunications — there is a high feasibility for reuse as a manufacturing site.”

Also at the time of the application, Halifax Business Horizons said the Halifax County Economic Development Commission was working with a renewable energy-related company that had shown interest in the property and would create 100 jobs and a $100 million investment.

In February of 2016 Scott received notification that DEQ had accepted the property into the North Carolina Brownfields Program.

The Brownfields program is the state's effort to guide developers and companies to the redevelopment of these sites.

The Brownfields Property Reuse Act of 1997 sets forth the North Carolina Department of Environmental Quality’s authority to work with prospective developers to put these sites back into reuse.