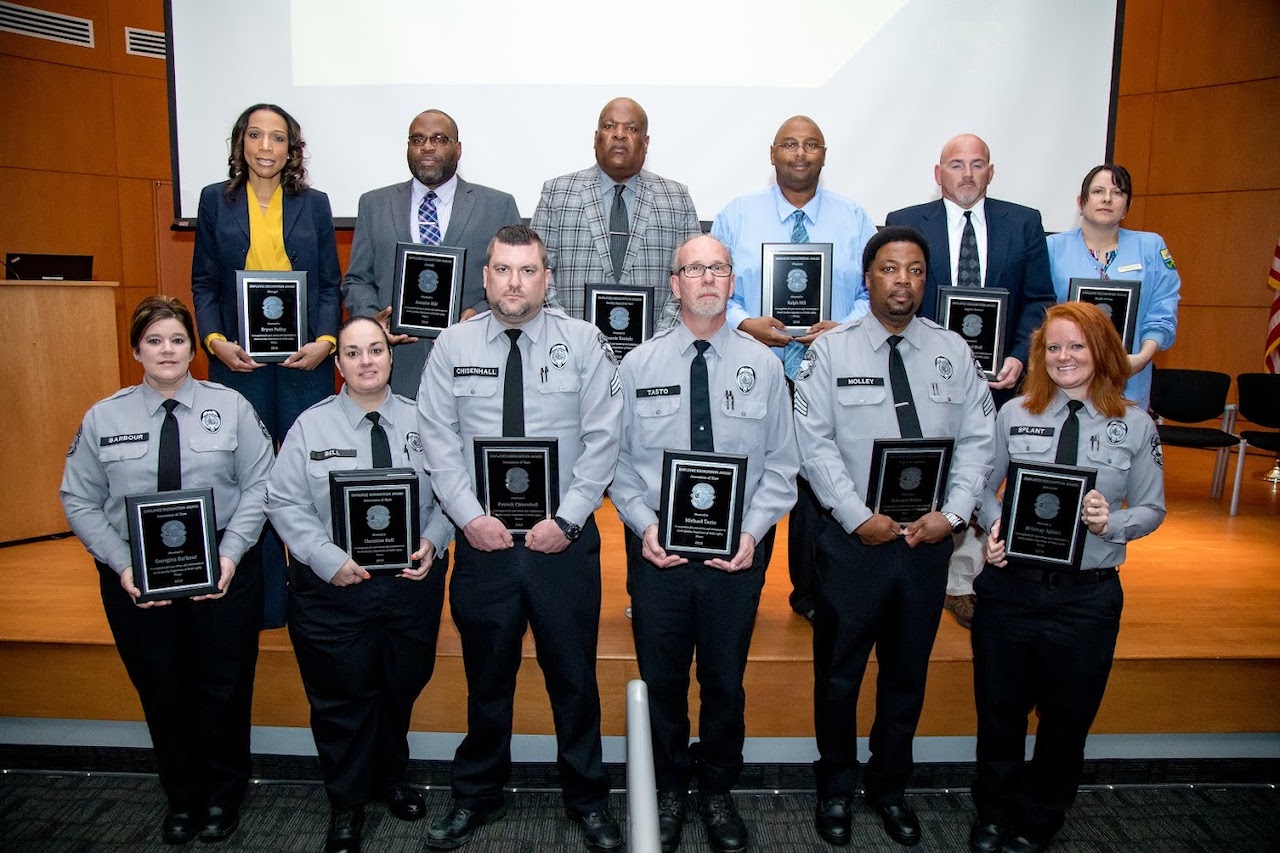 Caledonia supervisor among 12 honored by DPS

A Caledonia Correctional Institution employee was among the dozen North Carolina Division of Prisons staff members honored by the state Department of Public Safety Tuesday.

They were honored as Employees of the Year for their exemplary work or generous acts that benefited the agency and their communities, DPS said in a statement.

“These are remarkable individuals who exemplify the dedication and professionalism of the agency,’’ said Director of Prisons Kenneth Lassiter. “They are special people. Some may be future leaders of the agency. Some have made a huge difference in just a few months.”

The Employee of the Year awards were given near the conclusion of a two-day leadership workshop attended by more than 150 executive-level leaders in the prison system.

Program Supervisor Ralph Hill, a 25-year veteran, was named the Programs Employee of the Year for his initiative and expertise in rapidly expanding the work release program at Caledonia Correctional Institution. He was actively involved with offender assignments and recruitment of offender employers.

Other employees honored were:

Correctional Officer Annette Hill, a 10-year veteran at Bertie Correctional Institution, was named the Custody Employee of the Year for pulling over on her way home from a 12-hour shift on November 18 to respond to a vehicle crash which injured 12 people in Gates County. The vehicle was an inmate transfer vehicle operated by U.S. Corrections, a private contractor. For her bravery and actions that day, she also received an official letter of commendation from the Gates County Emergency Management Director.

Nursing Educator Valerie Trexler, an eight-year veteran who works in the South Central Region Office was named the Health Services Employee of the Year. She was recognized for her work developing and implementing dialysis training for nurses at Scotland Correctional Institution and for creating a three-hour training regimen for nurses dealing with foot care for non-diabetic patients.

Grounds Supervisor Michael Hall, a 25-year veteran at Mountain View Correctional Institution, was named Support Services Employee of the Year for his assistance to Avery County sheriff’s deputies in apprehending an offender who attempted to escape while being treated at a local hospital. Hall pursued the offender, called the deputies for assistance and restrained the offender until he could be handcuffed.

Bryan Pulley, assistant superintendent at Nash Correctional Institution, was named Manager of the Year, for performing duties above and beyond expectations in managing the facility while the positions of administrator, assistant superintendent for programs and administrative officer were vacant. He ensured safety, security and overall operations were maintained while earning favorable internal audits and regional inspections.

Correctional Officer Brittany Splant, who has been on the job at Craven Correctional Institution for only seven months, was named Newcomer of the Year for helping to save the life of an offender she saw fall to the floor. When she could not find a pulse, Splant did not hesitate to use her training to quickly do chest compressions and call for assistance. Her quick response and decisive actions are credited with saving the offender’s life.

Four employees at Harnett Correctional Institution – Patrick Chisenhall, Christine Bell, Georgina Barbour and Michael Tasto – received the Innovation and Team Employee of the Year award for quick thinking and fast response that saved the life of a colleague. They acted immediately when a food service worker went into medical distress. They administered a medication, conducted chest compressions and wielded shock paddle treatment before paramedics arrived and transported the employee to the hospital for intensive care treatment.

Correctional Sergeant Edward Holley, a 19-year veteran at Central Prison, was named First Line Supervisor of the Year for his assistance to a Raleigh police officer who was having difficulties in placing a resisting suspect under arrest on July 16. Holley was heading home from work when he saw the officer struggling with a suspect. He stopped his vehicle and used his training to subdue the suspect.

Pasquotank Correctional Institution Administrator Dennis Daniels, a 38-year veteran, was named Facility Head of the Year for his instrumental leadership and guidance in maintaining operations and supporting the staff in healing after a 2017 failed escape attempt that resulted in the death of four employees.