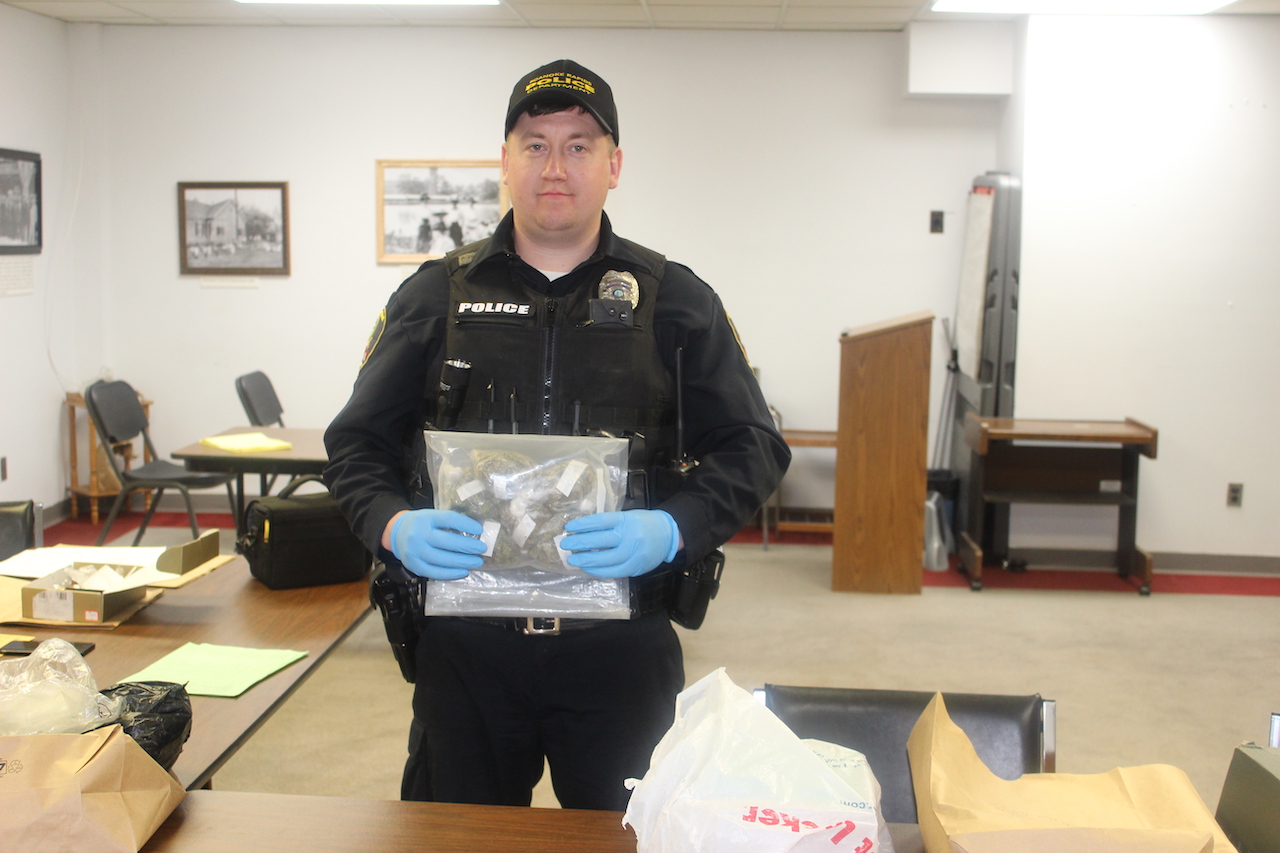 A complaint about the odor of marijuana from an apartment in the 300 block of Henry Street Thursday led to the seizure of 405 grams and what was described as “copious amounts of paraphernalia” including ledgers believed to be related to the drug trade.

The arrest of of Quantez Ward, 22, occurred when Roanoke Rapids police Officer B. Council responded to the odor complaint, interim Chief Bobby Martin said in a statement.

Council responded shortly after 9:30 a.m. and detected the odor coming from the apartment. He spoke with Ward and then applied for a search warrant, which was granted.

Different varieties of marijuana were seized and Martin confirmed each had nicknames, one variety labeled God Food and another Cookies. Other names were not legible in an accompanying photo.

Martin said it is yet to be determined Ward’s reputed level in the local drug trade or how long he has allegedly been selling.

Council charged Ward with maintain a dwelling for controlled substance, felony possession of schedule VI, and possession with intent to sell and deliver marijuana.

Martin said the department is familiar with Ward, who has other pending court dates.

Said Martin in the statement: “Officer Council did a great job using his investigative skills to discover these drugs and get them off the street.”