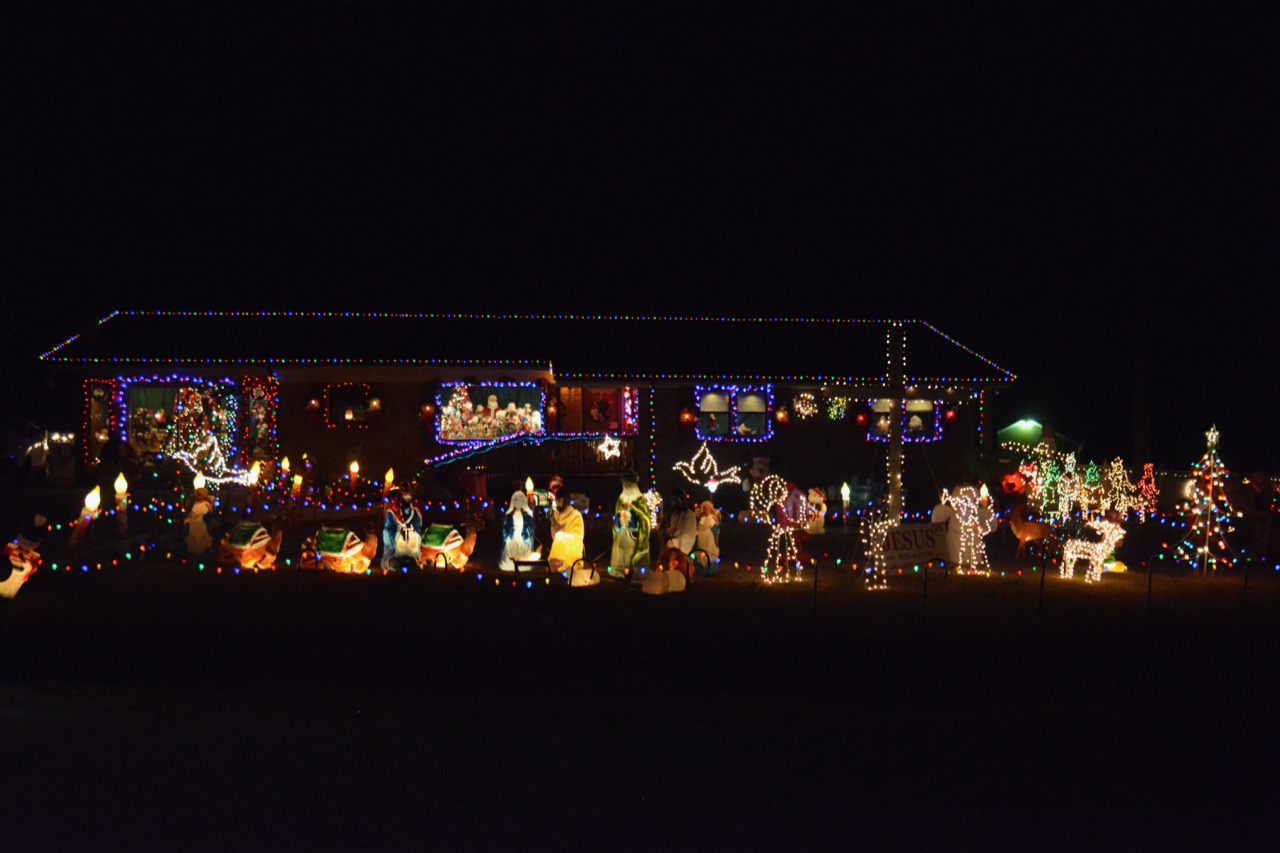 Over our time in Roanoke Rapids it has been a source of joy.

In times when we weren’t in the Christmas spirit it helped us get there.

Thursday night when Barbara Tippett told us next year she would be scaling back her elaborate Fairlane Drive Christmas light display to her manger scene and window displays we couldn’t help but feel a twinge of sadness.

Since first coming to Roanoke Rapids it was one of the first things we were told about, friends knowing our love of kitsch.

It was the one — the first we and our friends went to. Back in our Herald days, a coworker with a beat-up convertible took the rest of us on what we called a sleigh ride, top down in the cold to look at the lights.

Fairlane Drive was our first stop if our memory is correct.

Although there are others now, it was the Tippett house which captured that spirit of the season for us, which made us feel better when we were down, which just made us smile when life was good.

When we first started experimenting with the camera beyond the automatic setting range it was a must to stop by Fairlane Drive to practice existing light photography.

We’ve watched the slow parade of cars go by, we’ve talked to people standing outside to marvel at an array of lights which twinkled and spun, danced and shimmied and helped light up a small neighborhood.

Tippett is going through arthritis now and she says a risky surgery is not an option. It is the reason she will significantly scale back the display which not only brought us joy, but we have to believe brought that same feeling to others since she and her late husband began decorating in 1971.

Thursday night we had the extra treat of talking with Roland Clary, a farmer and a man who has been portraying Santa for the past 29 years.

Despite the news of the scaleback and the pang in our heart from it, talking to two people — Clary and Tippett — who love the Christmas season so much and in their own way have found a way to give out joy to our community, it did wonders in lifting our spirits.

While we will miss seeing the elaborate displays in future visits to Fairlane Drive we can rest easy knowing when we were feeling like Scrooge or the Grinch it gave us the lift we needed and will always be considered our first source of joy during the holiday season. Thank you, Mrs. Tippett — Editor