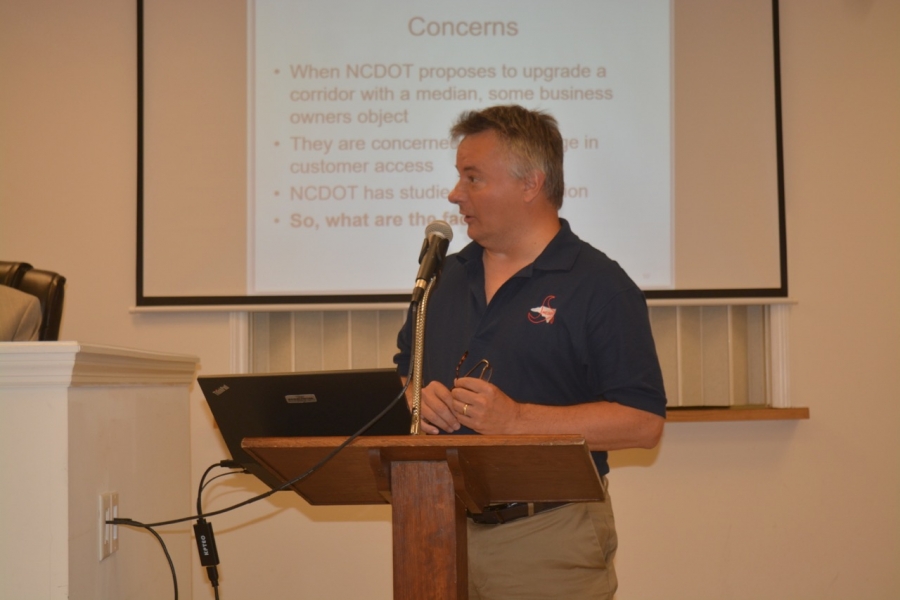 Roanoke Rapids City Council this evening decided to take no action on a proposed resolution requesting the state Department of Transportation consider redesigning the widening of Highway 125 to include an unobstructed turn lane.

The decision by council may make county commissioners take a second look at adopting a similar resolution, Chairman Vernon Bryant, who attended the meeting, said afterward.

Councilman Wayne Smith, who made the motion to take the proposed resolution under advisement, said during a break in the meeting state Department of Transportation officials attending “did a good job explaining the situation. We can’t afford to have Highway 125 cancelled. It needs to go forward.”

DOT Division 4 Engineer Ronnie Keeter told council the department could investigate another design but would not cover any additional costs associated with the redesign.

He also said the department no longer builds five-lane roads with an open center lane.

While supporting widening efforts of the highway, Scott Aman, of New Dixie Oil, has been critical of the proposal which would include a median rather than the open center lane.

Aman said afterward he still believes a highway divided by a median will impact property owners and take more taxable property away.

He reiterated, however, “I’ve been supportive of the work, I want safety as well.”

The median, Keeter said, is a safer option.

“Most important are the safety benefits,” he said. “It eliminates conflict points.”

A four-lane highway with a media extends crash reduction between 20 to 40 percent, Hummer said. “These are very well done studies.”

The median makes it safer for pedestrians and have the potential to make aesthetics better. “There’s not much business impact,” Hummer said. “Most studies show medians make zero impact. Business in Utah has increased. Medians get a bad perception.”

He said, however, when sales tax is measured, “business actually gets better.”

He encouraged council to “help us save lives and injuries. Work with us to make this project as good as it can be.”

Crash data using criteria based on per million miles shows Highway 125 has a 367.1 crash rate and fatality rate of 3.3, Keeter said.

He said the project was scored well and put into the state transportation improvement plan in 2017.

DOT is already acquiring right of way agreements and bid openings for construction are scheduled for September 18.

Bryant said after council’s unanimous vote that commissioners, before making a final decision on its resolution, “want to hear from all parties. The North Carolina State Department of Transportation along with Mr. Scott Aman and other property owners in that area are welcome to attend the next commissioner’s meeting on September 4.”

That meeting will be held at the Historic Courthouse in Halifax at 9:30 a.m.