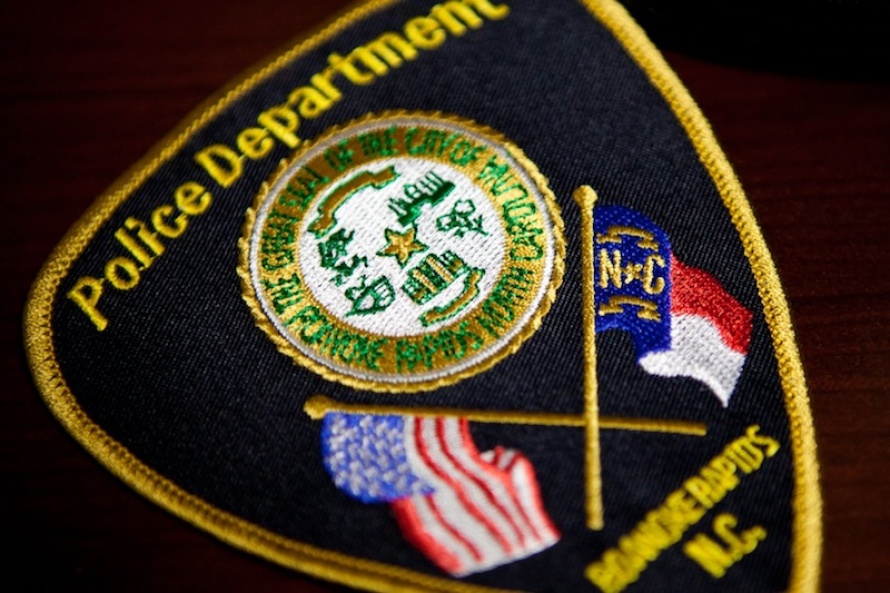 The Roanoke Rapids Police Department reported the following, according to Chief Chuck Hasty:

The charges stem from a report taken on June 3 about Valle completing jobs for the company he worked for but not turning the money over.

At approximately 6:45 p.m., Master Officer Mark Peck received information on the whereabouts of a wanted person.

Peck went to the area of Jesslyns Drive to attempt to locate Benny James Benjamin Jr., 21, of Garysburg, and found him inside a vehicle.

Benjamin was an absconder from probation and parole.

At approximately 10:41 a.m., the Roanoke Rapids Police Department Criminal Investigative Division along with the City County Drug Task Force executed a search warrant at a residence on Ironwood Drive.

Investigator J.K. Davis applied for and was granted a search warrant for Rynel Tyreek Gaines’ residence. During the search officers found stolen property and narcotics.

At approximately 4:45 p.m., Officer Jeffrey Mason responded to a call about fraud involving a debit card.

The victim told Mason someone used a debit card at several locations in the city.

Biggerstaff learned the victim was struck in the head with a liquor bottle and had injuries to the face. Biggerstaff arrested and charged Avis Rochon Johnson, 45, of Roanoke Rapids, for assault.

The victim was treated by EMS at the scene.

While on his way, Ball spotted the person near Hardee’s.

The driver, Dlaja Irene Lee, 23, of Roanoke Rapids, was detained at the scene for investigative reasons. During a search of Lee’s vehicle, a handgun along with approximately 80 bindles of heroin was located inside.

Ball arrested and charged Lee with trafficking schedule I, possession with intent to sell and deliver schedule I, and maintaining a vehicle to store a control substance.

The assault remains under investigation.

At approximately 7 p.m. during patrol of the downtown Roanoke Rapids area, City County Drug Task Force Agent D. McKeel attempted to stop a vehicle for a motor vehicle violation in the 400 block of Madison Street.

The vehicle would not stop for blue lights and siren.

The vehicle accelerated and began passing vehicles in the center lane.

The driver, identified as Donald Yellorday, 39, of Cedar Street, and a female passenger were detained. Central communications advised Yellorday had two outstanding orders for arrest in Halifax County.

The female, who at first gave agents a wrong name, later identified herself asTanequa Alston, 20, of Melody Lane.

Alston had an outstanding order for arrest and she and Yellorday were arrested.

Yellorday was served with the two orders for arrests and was also charged with reckless driving to endanger, unsafe passing at a railroad crossing, unsafe movement, fail to heed blue light or siren, felony flee to elude arrest, failure to stop for a stop sign, and failure to wear a seat belt.

Yellorday was given a total bond of $20,000 with a July 6 court date for the orders for arrests and August 26 for the driving charges.

Alston was served with the order for arrest and was also charged with resisting a public officer.

At approximately 9 p.m., Benthall responded to a larceny call at Walmart.

Loss prevention reported Shanike Denise Fenner, 24, of Weldon, allegedly took items from the store without paying for them.

Benthall arrested and charged Fenner with larceny and possession of stolen goods.

More in this category: « A master trooper with a master plan More violence reported in Conway »
back to top