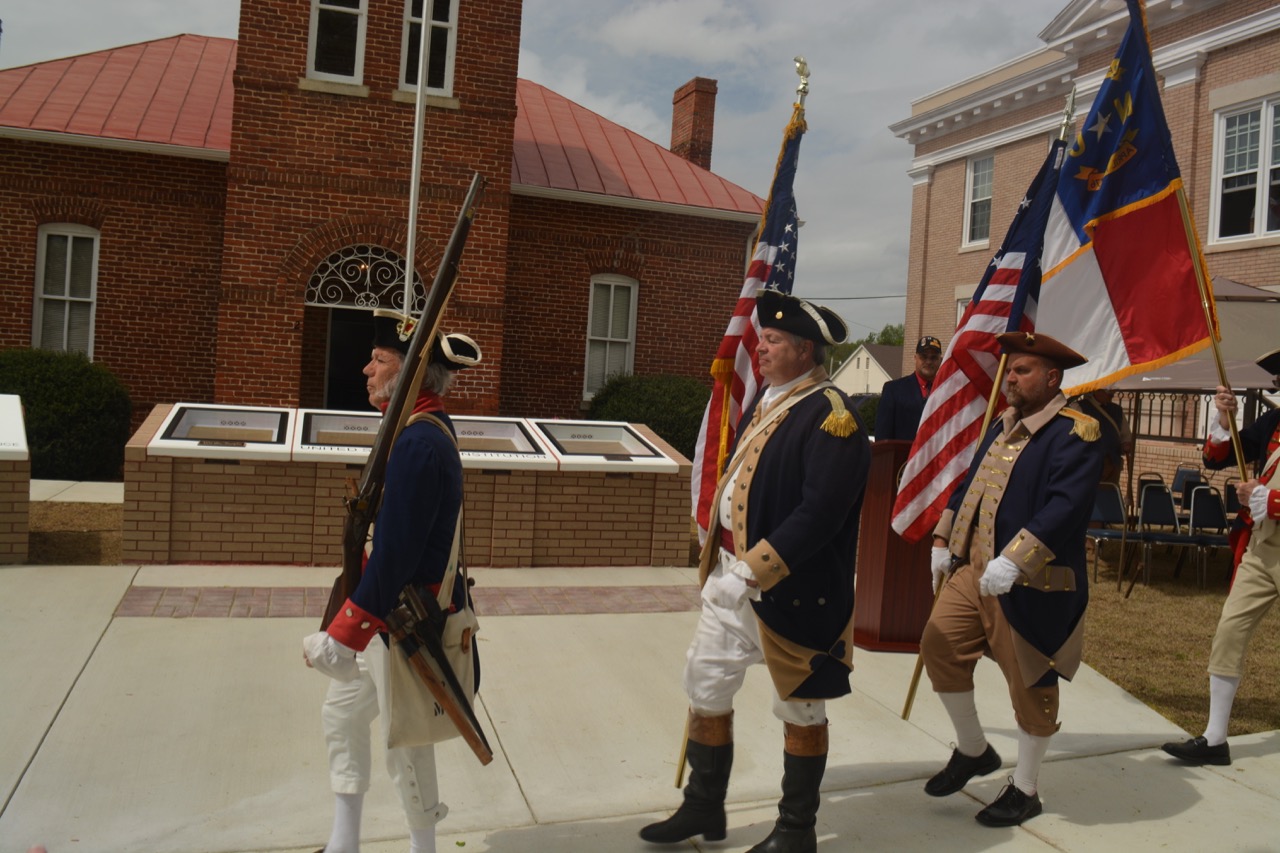 More history made in Halifax with Charters unveiling

On an already historic day celebrating the signing of the Halifax Resolves, more history was made as the Charters of Freedom were unveiled beside the Historic Courthouse in Halifax.

The unveiling of the 19th Charters of Freedom in Halifax is significant because the county seat is the only place in which a fourth document — the Resolves — is on display, said Vance Patterson of Foundation Forward, the educational project  which has spearheaded the program.

The Halifax site includes the Resolves, Declaration of Independence, the Constitution and the Bill of Rights.

The displays mirror the ones in the rotunda of the National Archives.

“It’s special for us to be a part of Halifax History,” Patterson said.

He described Charters of Freedom as not a monument but an education project. “This is an active hands-on education supplement. This is happening around our communities and kids love the experience.”

Ken Wilson, who secured extra funding to cover the costs of adding the Resolves, said, “Today is special.”

The Resolves, he said, sparked the colonists into action. “They had no choice but to declare independence. They voted on independence, entered into treaties and it stated they had the right to draft a constitution. The document paved the way for independence and a great nation. Today we are honored and humbled to take part in this display.”

Said Halifax County Commissioner Rives Manning: “This is the first of its kind in the United States or anywhere. You’re seeing history being made.”

Today, board of commissioners Chair Vernon Bryant said, marks the 243rd anniversary of the signing of the Resolves. “Today is history in Halifax, North Carolina, with the unveiling of the four Charters of Freedom — the Halifax Resolves, Declaration of Independence, the Constitution and the Bill of Rights.”