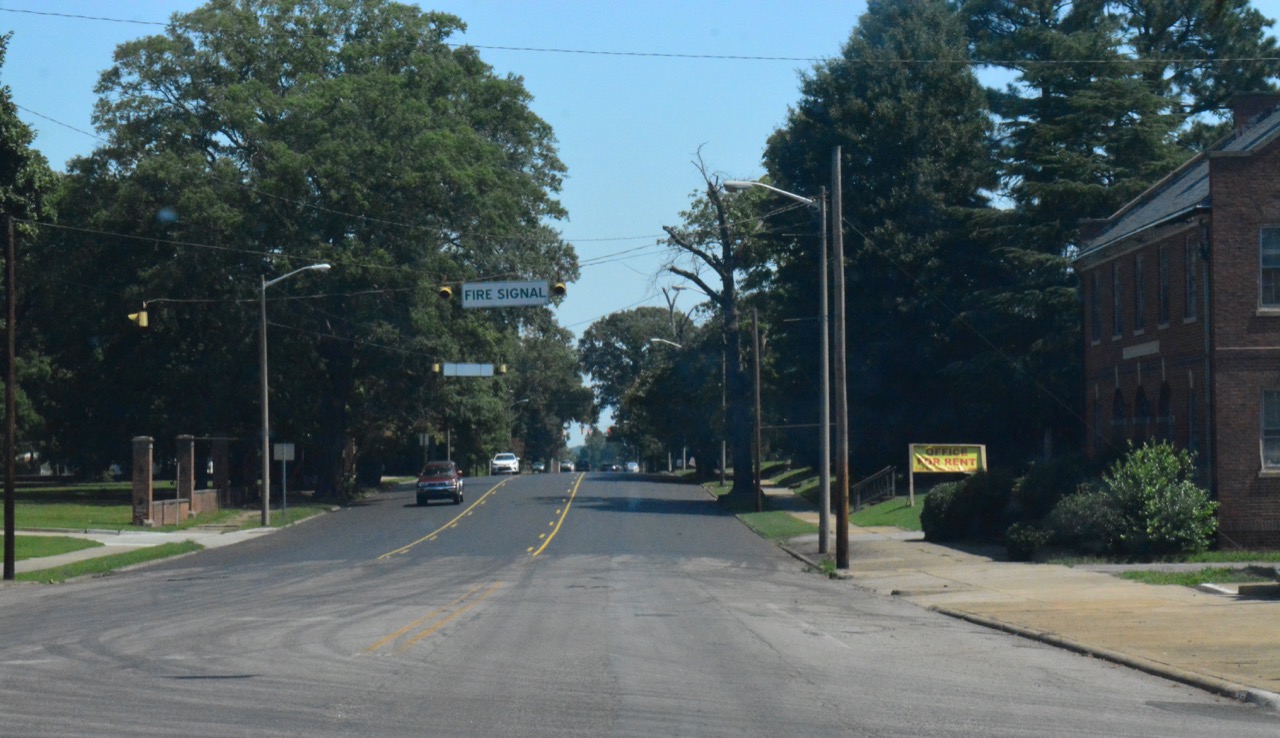 Permanent markings on the way in avenue project

In her report to council, Caudle said, “(The) North Carolina Department of Transportation and Rose Brothers began the North Carolina 48-Roanoke Avenue resurfacing project on July 17.”

The project, she said, involved milling 1.5 inches of existing asphalt, pouring and grading new asphalt and then restriping lanes, crosswalks and parking spots.

The resurfacing project and painting of temporary lines was completed earlier this month, she said. “In the coming weeks North Carolina DOT will install permanent paint striping.”

The state department has hired another contractor to install the permanent lines, Caudle said.

DOT is the lead department in the project because Roanoke Avenue is in the state road system.

Andrew Barksdale, a DOT spokesman, said this morning Performance Sealing & Striping Inc. will come back later, possibly in September, to place the place the thermoplastic paint on the avenue.

The Jacksonville company is the same one the state chose to repaint lines in five counties, including Halifax.

Barksdale said the company has a year to complete the contract. “We are going to ask them to put the avenue high on their list to do first,” he said.

Additionally, Caudle told council, DOT has committed additional funds to streetscape improvements including high visibility or enhanced crosswalks and the final phase of the midblock crossing in the 1000 block of the avenue. The midblock crossing is located at the 1026 greenspace and Halifax County Arts Council building across the street.

Public Works Director Larry Chalker told council the concrete of the crossing cured too fast and developed a stress fracture.

Caudle said this morning DOT will repair the crack in the midblock crossing.

Once that work is completed, the department will provide the city a list of the type of vegetation which can be placed in the planters featured in the crossing. “We will work with DOT to determine the final landscaping,” Caudle said this morning.

Plans for a midblock crossing are outlined in the Roanoke Avenue Streetscape Master Plan, Caudle said in her report to council. “The city and Main Street Roanoke Rapids created this plan using grant funds.”

The plan was developed with community input through a series of public forums in 2016 and 2017. Council adopted the final master plan in June of 2017.

Barksdale said DOT still has to do the decorative crosswalk markings on Roanoke Avenue and is in the process of hiring a contractor to do that work.

Said Caudle in her report: “We will continue to provide regular updates to district property and business owners in an effort to keep them informed. Additionally, the city continues to regularly discuss the project with the NCDOT district office.”