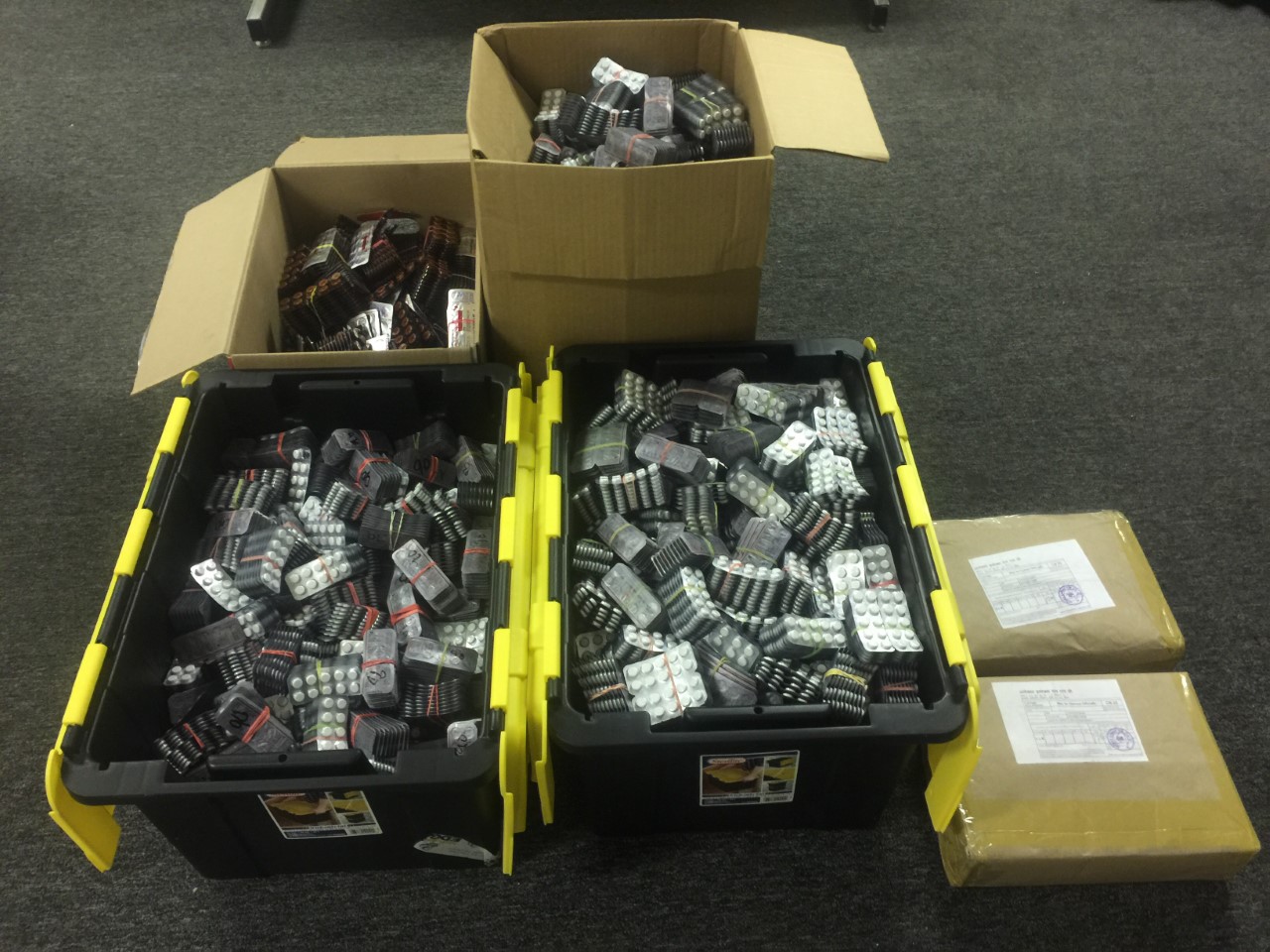 Pills intercepted in mail lead to charges against woman

A Littleton area woman currently on probation was arrested and charged on counts related to the sale via mail of numerous pills.

Captain A.M. Harris of the Halifax County Sheriff’s Office said this morning the case remains under investigation and further charges could be filed.

He said it is not believed Tammy Allison Kelly, 46, was purportedly selling the pills locally but sending them to different locations across the country.

He said United States postal inspectors are investigating to determine whether she marketed and sold the pills online through the Dark Web.

While the sheriff’s office has served papers at her residence in the past, Harris said narcotics agents have never investigated her for drug activity.

The investigation which led to her arrest Monday began Friday when agents were notified of two packages destined for the Littleton area.

The packages were intercepted by agents of the New York office of the United States Department of Homeland Security, who then sent them to the Cary field office.

On Monday, narcotics agents of the sheriff’s office, a Homeland Security agent and a postal inspector met in Littleton to conduct a controlled delivery of the packages to a Wharton Circle address in the area of Oak Grove Church Road.

There was no evidence the pills were being sold locally, Harris said this morning.

While at the residence the United States Attorney's Office for the Eastern District of North Carolina was contacted about the seizure and arrest. Agents will follow up with the government about this case.

Carisoprodol is used to treat pain and stiffness from muscle spasms. Alprazolam is also known as Xanax and is taken for anxiety and panic disorders. Zolpidem is used to help you fall asleep faster and stay asleep longer. Tramadol is taken to treat moderate to severe pain.