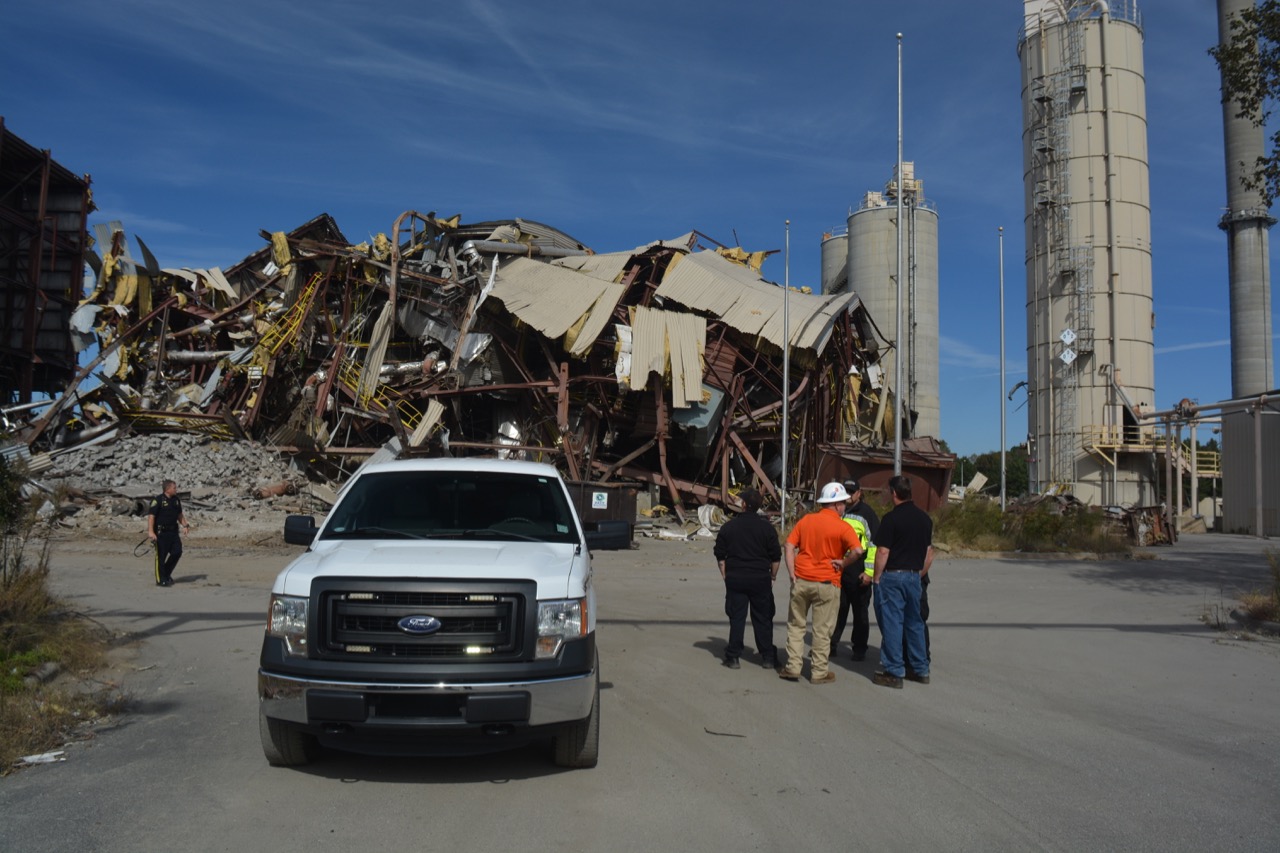 Two workers sustained non-life threatening injuries when a building under demolition at the former Roanoke Valley Power Facility in Weldon collapsed this afternoon.

Weldon Fire Chief Rusty Bolt said two other workers made it out safely as the building collapsed.

The fire department received the call of the collapse around 12:30.

Bolt said one worker sustained an injury to the forehead while the other complained of chest pains and an ankle injury. The two injured workers crawled out following the collapse.

Bolt said the injuries are not considered life-threatening and both were alert, conscious and speaking before being transported for treatment.

Bolt said it was not clear how much of the building had been demolished before the collapse. When the building was built it was 130-feet tall.

A headcount was conducted following the collapse at the fire chief’s behest. “There was 100 percent accountability. Within five minutes we knew everyone was safe.”

Bolt said it was not clear how many people were working on the demolition of the site. He said he expects an investigation by the federal Occupational Safety and Health Administration.

In August of last year Westmoreland Coal Company entered into an agreement to sell the Roanoke Valley Power Facility.

An announcement on the company’s website at the time described the transaction as a definitive agreement to sell ROVA for $5 million in cash to a company called ROVA Venture LLC.

At the time it was not known whether ROVA Venture would use the facility in the same manner as Westmoreland.

The sale included all the assets of Roanoke Valley Energy and Westmoreland retained approximately $2.7 million of reclamation liabilities related to offsite ash storage.

Robinson said the town is hopeful after demolition is completed the property can be marketed as it has access to the interstate, rail, a wastewater pretreatment facility, and a raw water line which feeds to the town’s system.

The plan has been to sell the scrap once the buildings are torn down. A shop and another building may be salvaged depending on need, Robinson said.

The plant had been for sale around the first of 2017 and talks of it closing first surfaced in 2013.