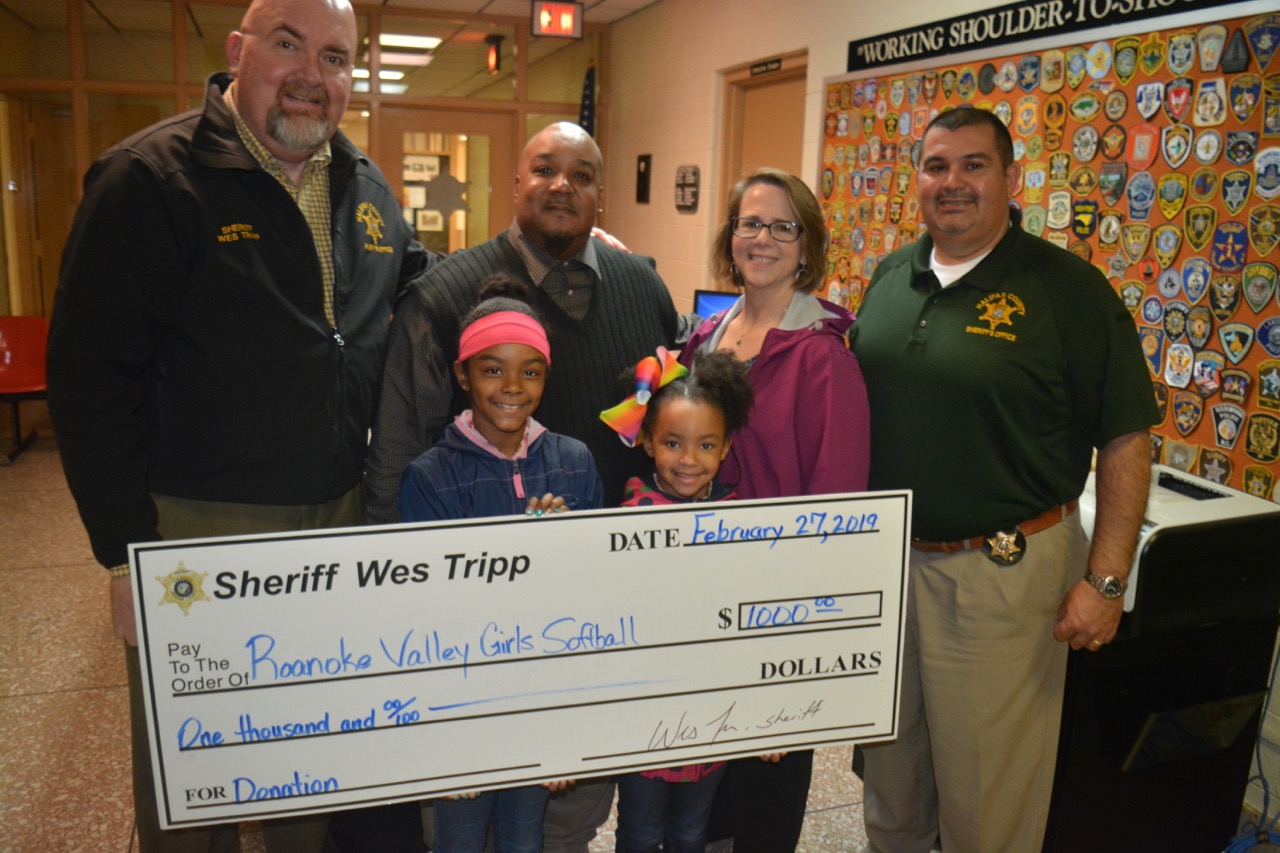 “It’s all about helping the children,” Tripp said today before presenting ceremonial checks to the two organizations. “They serve as good mentoring groups for kids. I’ve always been a sports fan and from sports you learn discipline, teamwork and how to get along.”

James Odom, president of the softball league said the donation “means a lot. We do need a recreation place for the girls to play. They can learn so much from playing — discipline and working together.”

Mary Duncan, who handles public relations for the league, said the funds will go towards batting cages. “We’ve never had them before.”

Todd Lockamon, president of the baseball association, said, “We’re working on batting cages. The major league field doesn’t have one. We want to get that ready for the Southeast Regional Tournament in July.”

The baseball league, which is a countywide organization and also reaches to Northampton County, sets funds aside to help those children who might otherwise not get to play.

“It takes money to play,” Lockamon said. “We want to give a child a chance to sign up.”

Said Lockamon, “There isn’t a problem in life that you can’t resolve through athletics. Everything is positive for a kid.”

Both of Odom’s daughters play in the softball league. For Jaden it’s learning about teamwork. For his daughter, Kyla, “It’s so we can get new stuff.”

The money from the fundraisers is budgeted in a special county line item designated as Benefiting the Children of Halifax County, Tripp said.

The next fundraiser will be the annual seafood festival set for April 20 at the American Legion.

Nixon’s Catering from Edenton will be providing the seafood. The Legacy Motown Review will be the featured entertainment.

Proceeds raised from the event will go to send 100 children to the sheriff’s office Junior Deputy Camp for free in June.