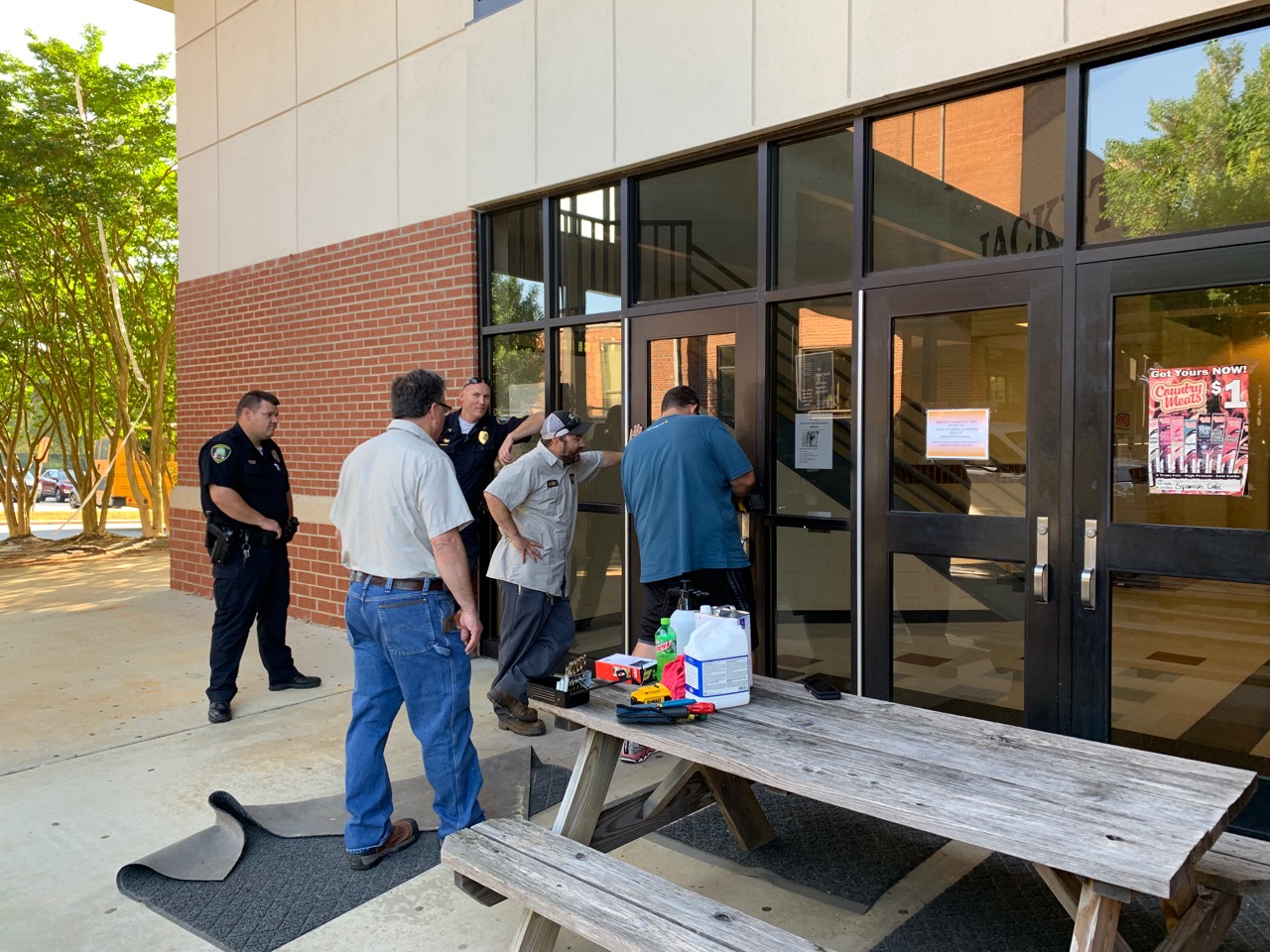 Vandals cause significant damages at RRHS

Damages from vandalism at Roanoke Rapids High School are initially estimated to be close to $4,000 and could be more following a thorough investigation, city police say.

The damage forced the closure of the school today.

Roanoke Rapids Graded School District spokesman Les Atkins called the vandalism “a senior prank that went too far. Police are investigating this as a case of vandalism and breaking and entering which is a felony.”

Atkins said via text message “in addition to the typical toilet paper in the courtyard, the vandalism included Super Glue on door locks which will cost to repair and vegetable oil on the historic high school’s hardwood floors.”

Roanoke Rapids interim police Chief Bobby Martin said this morning, “We understand senior pranks but when you get to the point of causing thousands of dollars in damage that’s where we have issues. We’re trying to find out who it is. They caused more damage than what needed to be caused.”

Martin confirmed doors were glued shut, a substance poured on the floors and the inside of the building was spray-painted. “It’s close to $4,000 in damages but it could be more than that after we assess everything. The few that did this will make everyone else suffer.”

Martin also confirmed the case is not only considered vandalism but breaking and entering because entry was gained. He declined to immediately elaborate on how entry to the building was gained. He said there are physical descriptions of possible suspects but details are not being immediately released until further investigation.

Martin said the vandalism and breaking and entering occurred sometime after midnight and into the early morning hours today.