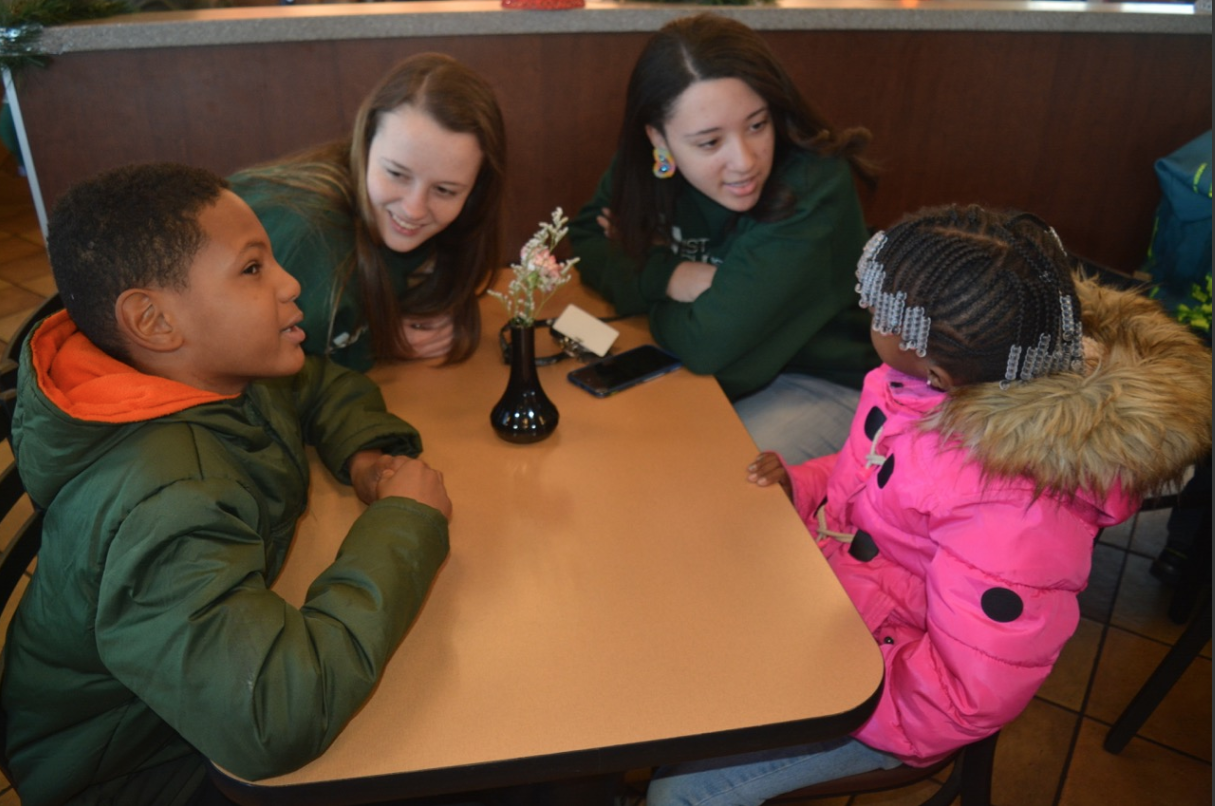 The city will have several events to give children an opportunity to visit Santa as well an opportunity for different employees to play Santa when time for the annual Christmas for Kids shopping spree comes around next week.

City Manager Joseph Scherer noted in his report to council this evening the Fireman’s Club will be hosting Santa in the Park at Centennial Park beginning Saturday from 5 p.m. to 8 p.m. and again at the same time on December 15 and December 22.

Then, Scherer said, the city police department along with other law enforcement agencies will work with First Media Radio on its annual toy drive Friday and Saturday at Walmart from 9 a.m. to 9 p.m. both days.

On December 15 the police and fire department along with other volunteers will hold the Christmas for Kids shopping spree at Walmart. The event starts with breakfast at Chick-fil-A from 9 a.m. to 9:30 a.m.

Another opportunity for children to visit Santa will be at Christmas at the Canal at the museum beginning at 6 p.m. on December 14

Fire Chief Jason Patrick said the Santa in the Park event was something firefighters had been discussing. “There’s really nowhere for the children to see Santa. We’ll have it for three Saturdays leading up to Christmas.”

Patrick said not only will cheerleaders be assisting by serving hot chocolate at event but the children will get small bags of candy. “It’s something we’ve been talking about. The Fireman’s Club decided to do it.”

Police Chief Chuck Hasty said the police department will work in conjunction with Weldon, Scotland Neck, Enfield and Littleton police on the toy drive along with White Motors and First Media Radio.

The two-day drive is an effort beginning Friday and then Saturday to collect toys for children who need them and distribute them to agencies which will see the families of these children get the toys.

Hasty said he expects more than 30 children will go on the December 15 shopping spree, which is another joint effort between city police, the fire department, volunteers, Distinguished Young Women and Citizens on Patrol.

“It’s the human part of our job,” the chief said. “It gives us a chance to interact with kids who don’t have the advantages we have. Hopefully we can develop positive relationships with them.”

Christmas at the Canal — December 14

This event will give children another chance to visit Santa and have free pictures taken with him and Mrs. Claus. The Grinch will also be at Roanoke Canal Museum, which is located at 15 Jackson Street Extension. Time is 6 p.m. to 8 p.m.

There will be singing of Christmas carols, s’mores by the campfire, snacks, crafts and games.

“Christmas at the Canal has become one of our most popular Christmas events,” parks and recreation Director John Simeon said. “It’s grown tremendously over the years.”

Simeon said he was proud of museum Cultural Resources Leader Ryan Newsome and staff “for putting together such a wonderful program.”